#OnThisDay in 1983, Air Canada Flight 797 developed an in-flight fire behind the lavatory 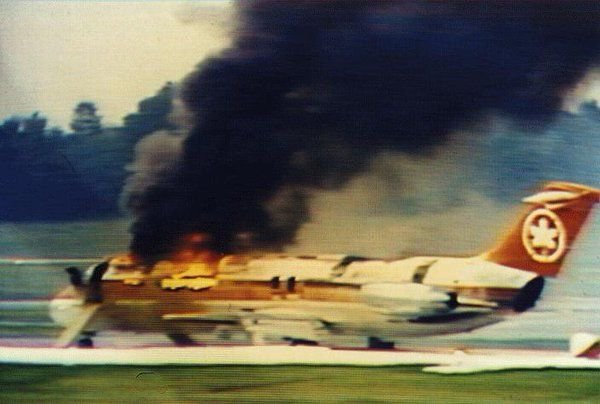 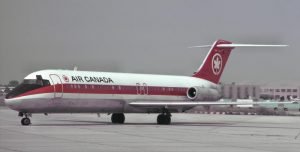 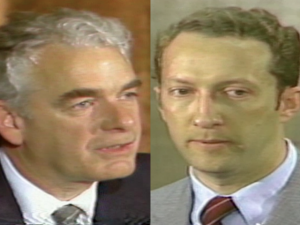 The cockpit crew of Air Canada Flight 797 consisted of Captain Donald Cameron, 51 who had been employed by Air Canada since 1966. He had approximately 13,000 flight hours at the time of the accident. First officer Claude Ouimet, 34 had flown for Air Canada since 1973. He had about 5,650 hours of flight experience. 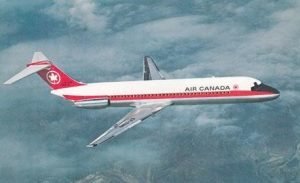 At 16:25 EDT, Air Canada Flight 797 took off from Dallas/Fort Worth International Airport. While flying over Louisville, Kentucky, an in-flight fire started in or around the rear lavatory of the aircraft. The pilots heard a popping sound around 18:51 during dinner service and discovered that the lavatory’s circuit breakers had tripped. The captain’s initial attempt to reset the circuit breakers was unsuccessful.

At about 19:00, a passenger seated in the last row informed flight attendant Judi Davidson of a strange odor in the rear of the airplane. Davidson traced the odor to the aft lavatory. Light gray smoke were observed as she opened the door a few inches but did not see any flames. Chief flight attendant Sergio Benetti sprayed the interior of the lavatory with a fire extinguisher. While another flight attendant Laura Kayama moved passengers forward and opened air vents to let more fresh air into the cabin.

At 19:02, Davidson informed the flight crew of a “fire in the washroom” Captain Cameron put on his oxygen mask and ordered first officer Ouimet to go and investigate. He could not reach the lavatory due to thick smoke filling the last three row of seats. Since smoking wasn’t banned at that time a regular cause of lavatory fires was disposal of cigarettes in the lavatory trash bin by passengers.

At 19:08 Cameron began an emergency descent and declared “Mayday, mayday, mayday” to Indianapolis ATC. Controllers granted flight 797 clearance to descent for an emergency landing at Cincinnati/Northern Kentucky International Airport. Smoke filled the passenger cabin and entered the cockpit as the plane descended. The PA system failed, leaving flight attendants to unable to communicate with passengers. However, they managed to move all passengers forward and instruct passengers sitting by exit rows on how to open the doors. 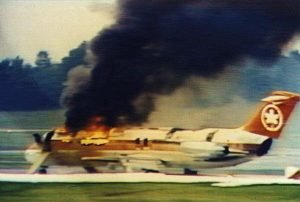 At 19:20, Air Canada Flight 797 landed at Cincinnati/Northern Kentucky International Airport. Four tires blew out during the landing. Once the plane came to a stop, the pilots ran through the plane’s emergency engine shutdown checklist, the overwing and forward aircraft doors were opened and the slides at the front doors were deployed. 18 passengers & three flight attendants were able to evacuate using these exits. Opening the doors caused an influx of air that fuelled the fire.

The pilots were unable to go back into the passenger cabin due to the smoke and heat. Ouimet escaped through the co-pilots emergency window shortly after the plane landed, but Cameron, who was exhausted from trying to keep the plane under control was unable to move. Firefighters doused Cameron in firefighting foam through Ouimet’s window, shocking him back to consciousness. Cameron was then able to open the pilot’s emergency escape window and drop to the ground, where he was dragged to safety by Ouimet. Cameron was the last person to make it out alive. 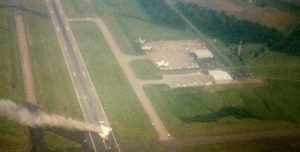 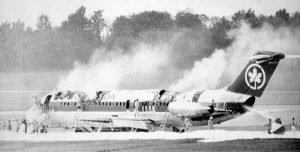 Less than 90 seconds after touchdown, the interior of the plane flashed over and ignited. Killing the remaining 23 passengers on board. The passengers trapped on board died from smoke inhalation and burns from the flash fire. The fire completely destroyed the aircraft. 21 Canadians and two Americans died.

The investigation into Air Canada Flight 797 accident was led by the National Transportation Safety Board (NTSB). 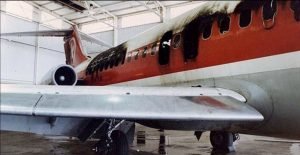 The NTSB were ultimately unable to determine the origin of the fire. However, the probable causes of the accident were a fire of undetermined origin, the flight crew’s underestimate of the fire’s severity and the conflicting fire progress information given to the captain. 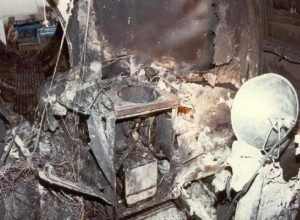 This accident became a watershed for global aviation regulations, which were changed in the aftermath of the accident to make aircraft safer. New requirements to install smoke detectors in lavatories, strip lights marking paths to exit doors and increased firefighting training and equipment for crew became standard across the industry and regulations regarding evacuations were also updated. It is now mandatory for aircraft manufactures to prove their aircraft could be evacuated within 90 seconds.