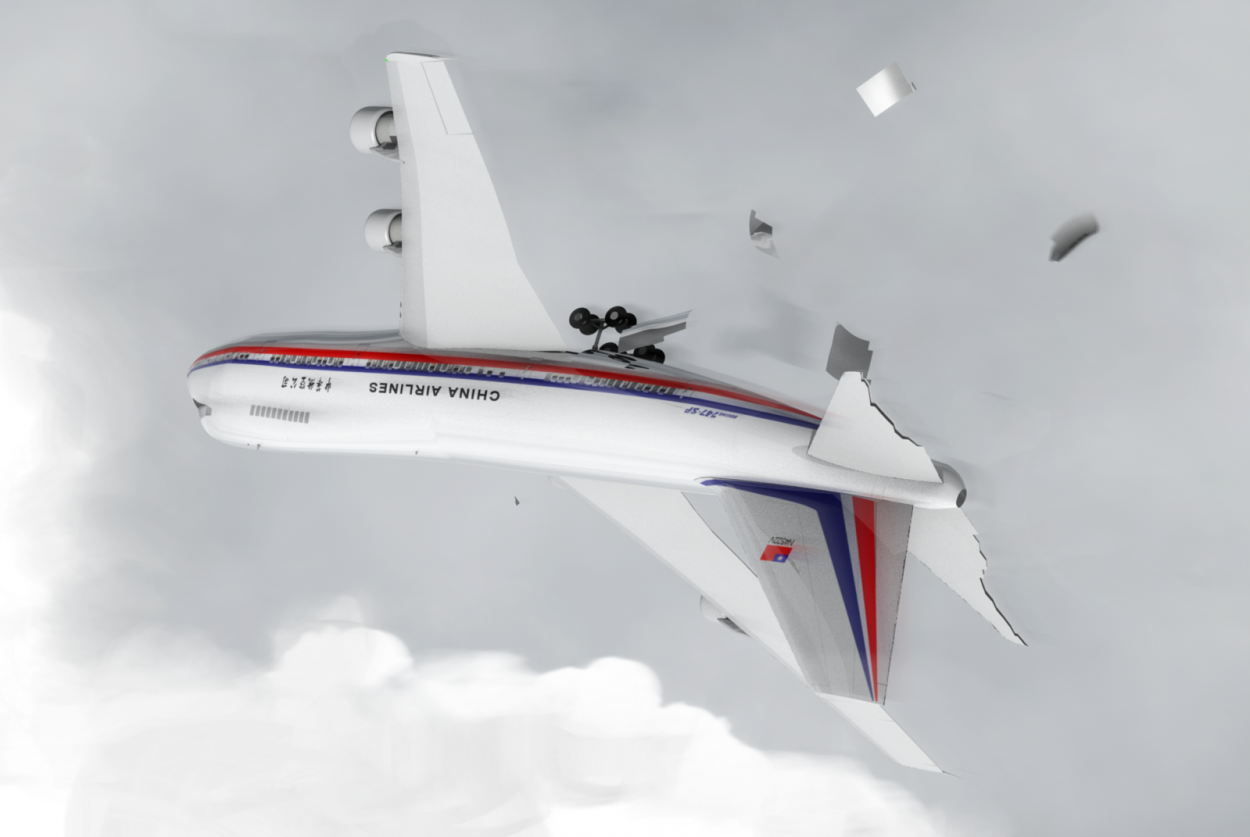 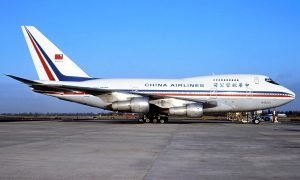 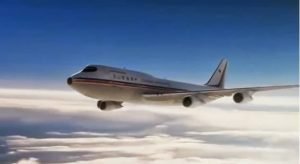 The flight from Taipei to about 300 nautical miles northwest of San Franciso was uneventful. The aircraft was flying at 41,000 ft when the No.4 engine stalled at a low thrust setting and flamed out. After the flameout, the captain instructed the flight engineer to attempt to restart the engine, while the plane remained at 41,000 ft with the autopilot still engaged and the bleed air on. The flight manual procedure required the plane to be below 30,000 ft before any attempt to restart a flamed-out engine. The attempt failed.

The airspeed continued to decrease, while the autopilot rolled the control wheel to the maximum left limit of 23 degrees. As the speed decreased even further, the plane began to roll to the right, even though the autopilot was maintaining the maximum left roll limit. By the time the captain disconnected the autopilot, the plane had rolled over 60 degrees to the right and the nose had begun to drop. Ailerons and flight spoilers were the only means available to the autopilot to keep the wings level as the autopilot doesn’t connect to the rudder during normal flight. To counteract the asymmetrical forces created by the loss of thrust from the No. 4 engine it was essential for the pilot to manually push on the left rudder. However, the captain failed to use any rudder inputs at all, before or after disconnecting the autopilot. 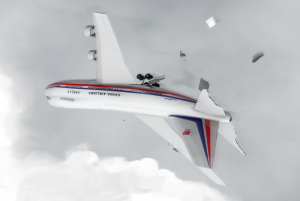 As the plane descended through clouds, the captain attention was drawn to the artificial horizon which displayed excessive bank and pitch. Because such an attitude is highly irregular, the captain incorrectly assumed the indicators to be faulty. Without any visual references due to the clouds and having rejected the information from the ADI’s, the crew became spatially disoriented. 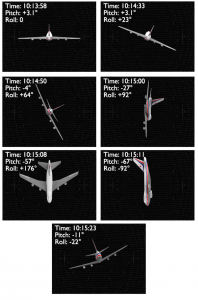 Only after breaking through the bottom of the clouds at 11,000 ft was the captain able to orient himself and bring the plane under control, leveling out at 9,600 ft. They had descended 30,000 ft in under two and a half minutes. While all onboard experienced g-forces as high as 5g. 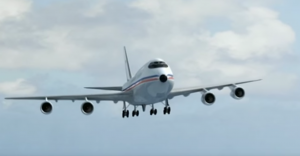 After leveling out, the three remaining engines were supplying normal thrust. A restart attempt brought No. 4 engine back into use. They began climbing and reported to ATC “condition normal now” and continuing on to Los Angeles. They then noticed that the inboard main landing gear was down and one of the plane’s hydraulic systems was empty. Because they didn’t have sufficient fuel to reach Los Angeles with the drag added by the landing gear, they diverted to San Francisco. On final approach, the elevators didn’t respond to the captain’s inputs, forcing him to control the plane’s pitch angle with differential engine power. The plane landed without further incident.

There were two serious injuries on board: a fracture and laceration of a foot, and an acute back strain requiring two days hospitalization. The aircraft was significantly damaged by the excessive G-forces. The wings were permanently bent upwards by 5cm. The inboard main landing gear lost two actuator doors, and the two inboard main gear struts were left dangling. Most affected was the tail, where large outer parts of the horizontal stabilizer had been ripped off. The entire left outboard elevator had been lost along with its actuator, which had been powered by the hydraulic system that ruptured and drained.

The investigation into the accident of China Airlines Flight 006 was led by the National Transportation Safety Board (NTSB).

They concluded that the probable cause was the captain’s preoccupation with an in-flight malfunction and his failure to monitor properly the airplane’s flight instruments which resulted in his losing control of the airplane. Contributing to the accident was the captain’s over-reliance on the autopilot after the loss of thrust on the no.4 engine.