#OnThisDay in 1990, Northwest Airlines Flight 5 engine falls off over Florida 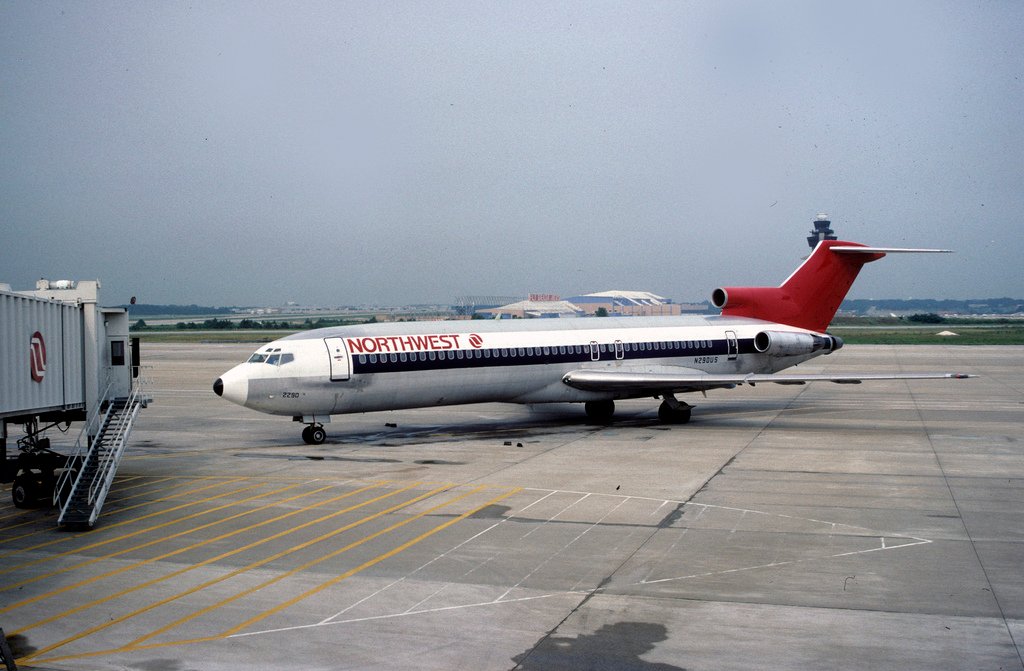 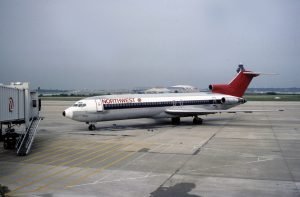 A Northwest Airlines Boeing 727-251 similar to the incident aircraft at Atlanta Hartsfield on 31 July 1989.

Northwest Airlines Flight 5 took off from Miami International Airport at 08:15 EST. While cruising at FL350 the crew heard a loud bang towards the rear of the aircraft. The crew noted the loss of number 3 engine power the aircraft continued to fly normally and the crew, not knowing that an engine had fallen off. 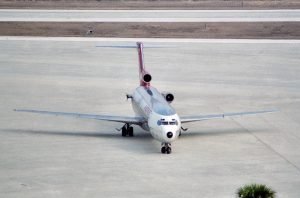 The aircraft made a safe emergency landing at Tampa International Airport at 09:58 EST. The engine a Pratt & Whitney JT8D-15 was found a day later in a field near Madison, Florida.

After the aircraft landed inspection crews found the forward lavatory external seal was missing the safety button and the internal seal was improperly installed allowing for leakage when the airplane was pressurized. Frozen chunks of lavatory fluid had been ingested by the number 3 engine causing it to separate from the fuselage.

National Transportation Safety Board (NTSB) concluded that the probable cause was the failure of the company service personnel to properly service the airplane forward lavatory.