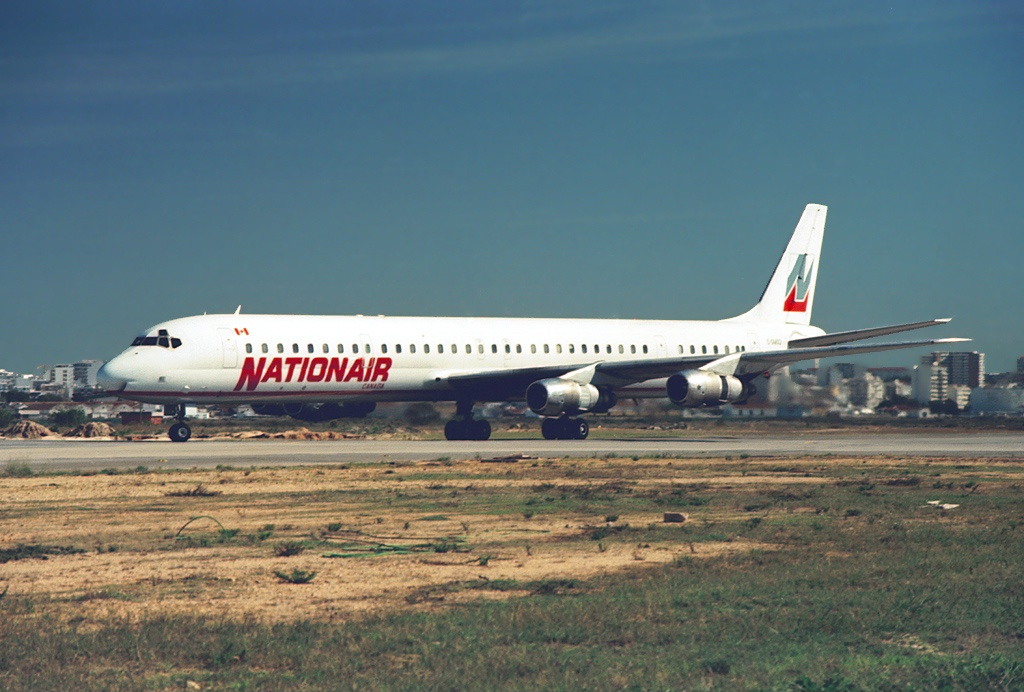 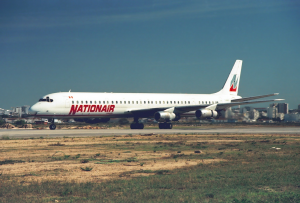 The accident aircraft C-GMXQ at Faro Airport in 1989.

Nigeria Airways Flight 2120 started its take off roll from Jeddah’s runway 34L at 08:28, bound for Sokoto, Nigeria. At about 15 seconds into the take off, an oscillating sound was heard in the cockpit. Within two seconds, the flight engineer said: “What’s that?” The first officer replied: “We gotta flat tire, you figure?” Two seconds later, an oscillating sound was again heard. The captain asked the first officer: “You’re not leaning on the brakes, eh?” The first officer responded: “No, I’m not, I got my feet on the bottom of the rudder.”

At that time, the aircraft had accelerated to about 80 knots. Marks on the runway showed that the No.1 wheel started to break up at about this time. In addition, the left and right flanges of No.2 wheel began to trace on the runway; rubber deposit from No.2 tire continued which appeared to be from a deflated tire between the flanges.

At 51 seconds, the captain called rotate and the airplane lifted off the runway. Witnesses noticed flames in the area of the left main landing gear. The flames disappeared when the undercarriage was retracted.

During the next three minutes several indications of system anomalies occurred, which included pressurisation system failure, a gear unsafe light and a loss of hydraulics.

The captain requested a level-off at 2000 feet because of the pressurisation problem. In his radio call the captain used the callsign “Nationair 2120” instead of “Nigerian 2120”. Confusion set in for the air traffic controller and mistook the transmission to be from a Saudi flight returning to Jaddah and cleared the Jeddah bound aircraft to 3000 feet. The captain of Nigerian 2120 acknowledged the ATC transmission without a call sign, saying “understand you want us up to 3000 feet.”

This misunderstanding continued for the next three minutes with ATC assuming that all calls were from the Saudi flight not from Nigerian Airways Flight 2120. About a minute later the captain reported that the aircraft was leveling off at 3000 feet. The first officer interrupted with “… declaring an emergency. We’re declaring an emergency at this time. We believe we have ah, blown tires.”

As the aircraft continued on the downwind heading, a flight attendant came into the cockpit and reported “smoke in the back…. real bad.” A few moments later, the first officer said “I’ve got no ailerons.” The captain responded “Ok hang on, I’ve got it”.

This was the last record on the CVR which failed along with the FDR at 08:33:33.

The ATC controller gave a heading to intercept the final approach and thereafter continued to give heading information. 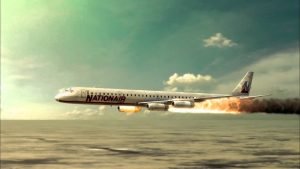 Meanwhile, during the downwind and base leg, the fire had consumed the cabin floor above the wheel wells, permitting cabin furnishing to sag into the wheel wells. When the gear was probably extended at 11 miles on the final approach, the first body fell out because fire had burned through the seat harness. Subsequently, with the gear down and forceful air supply through the open gear doors, rapid destruction of more floors structure permitted the loss of more bodies and seat assemblies. Despite the considerable destruction to the air frame, the aircraft appeared to be controllable. 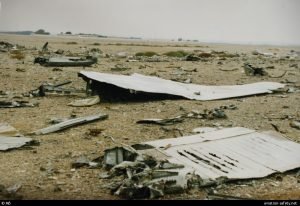 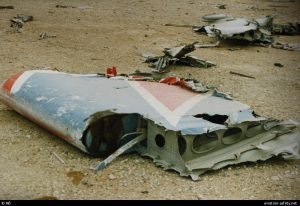 The aircraft came in nose down and crashed 9,433 feet short of the runway at 08:38. All 247 passengers & 14 crew members were killed instantly. The crash of Nigeria Airways remains the deadliest accident involving a DC-8 & the deadliest aviation disaster involving a Canadian airline.

The Investigation was led by the Canadian Transportation Safety Board. They concluded that prior to departure, the lead mechanic had noticed that the #2 and #4 type pressures were below the minimums for flight dispatch and attempted to inflate them, but no nitrogen gas was readily available, and the project manager, unwilling to accept a delay, disregarded the problem and readied the aircraft for dispatch.

As the aircraft was taxiing, the transfer of the load from the under-inflated No.2 tire to the No.1 tire on the same port side axle resulted “in over deflection, over-heating and structural weakening of the No. 1 tyre. “The No.1 tyre failed very early on the take off roll”, followed almost immediately by the No.2. The latter stopped rotating “for reasons not established”, and the subsequent friction of the wheel assembly with the runway generated sufficient heat to start a self-sustaining fire.

The crew realised there was a problem, but not the nature or seriousness of it. The aircraft was not equipped with fire or heat sensors in the wheel assembly. When the landing gear was retracted. “Burning rubber was brought into close proximity with hydraulic and electrical system components”, causing the failure of both hydraulic and pressurisation systems that led to structural damage and loss of control of the aircraft.