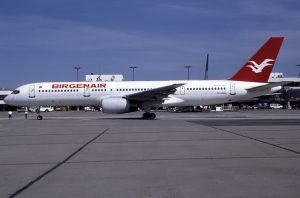 The cockpit crew of Birgenair Flight 301 consisted of captain Ahmet Erdem, 62. Erdem was one of Birgenair’s most senior pilots with 24,750 flight hours under his belt. The first officer was Aykut Gergin, 34. He had 3,500 hours of flight experience. The relief pilot was Muhlis Evrenesoğlu, 51. He had 15,000 flight hours to his credit.

The passengers consisted mainly of Germans, along with a few Poles including two members of Parliament. Most passengers had booked Caribbean package holidays with Öger Tours. Birgenair held 10% of Öger Tours. 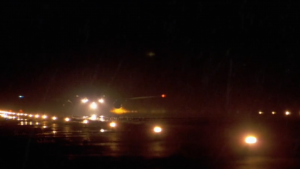 Birgenair Flight 301 departed Puerto Plata at 23:42 LT. At 80 knots on takeoff, the captain found out that his air speed indicator (ASI) wasn’t working correctly. The co-pilot’s indicator seemed to work fine. The crew chose not to abort the takeoff. 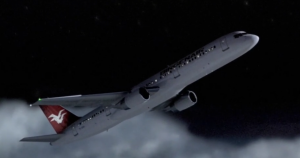 While climbing through 4700 ft the captain’s airspeed indicator read 350 knots (650 km/h). The autopilot, which was taking its airspeed from the same equipment that was providing faulty readings to the captain’s ASI, increased the pitch-up attitude and reduced power in order to lower the airspeed. The co-pilot’s ASI read 200 knots (370 km/h) and decreasing. At the same time, the crew got ‘Rudder ratio’ and ‘Mach airspeed’ advisory warnings. The autopilot reached the limits of its programming and disengaged. After checking their circuit breakers for the source of the warnings. Captain Erdem then reduced thrust to lower the speed. This immediately triggered the 757’s stick-shaker stall alert, warning the confused pilots that the aircraft was flying dangerously slow, seconds after it was warning them that the speed was too high. 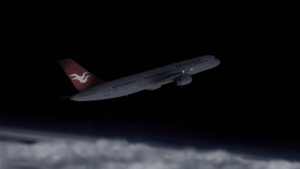 The co-pilot and relief pilot both seemed to recognize the approaching stall and tried to tell the captain but did not intervene directly, possibly out of deference to the captain’s age and experience. The captain then tried to recover from the stall by increasing the plane’s thrust to full, but the plane was still in a nose up attitude, preventing the engines from receiving adequate airflow to match the increase in thrust. The left engine flamed out, which caused the right engine, still at full power, to throw the aircraft into a spin. Moments later the plane was inverted. At 23:47 the GPWS sounded an audio warning, and eight seconds later the plane crashed into the Atlantic Ocean. Killing all 176 passengers & 13 crew members.

The investigation into the crash of Birgenair Flight 301 was led by the Dirección General de Aeronáutica Civil (DGAC). They determined that the probable cause was the crew’s failure to recognize the activation of the stick shaker as a warning of the imminent entrance to the stall, and the failure of the crew to execute the procedures for recovery from the onset of loss of control.

Investigations later showed that the plane was actually traveling at 220 knots (410 km/h) at the time. The investigation concluded that one of the three pitot tubes (used to measure airspeed) was blocked. No tubes were recovered so investigators were unable to determine for certain what caused the blocked. Investigators believe that the most likely culprit was the black and yellow mud dauber, a type of solitary sphecid wasp well-known to Dominican pilots which tend to establish its nest in artificial, cylindrical structures or make its own cylindrical nest out of mud. The aircraft remained on the ground at Puerto Plata for 25 days prior to the ill-fated flight. The pitot tubes were uncovered allowing enough time to allow wasps the opportunity to construct nests in the tubes.