#OnThisDay in 1996, Garuda Flight 865 overruns the runway at Fukuoka, Japan 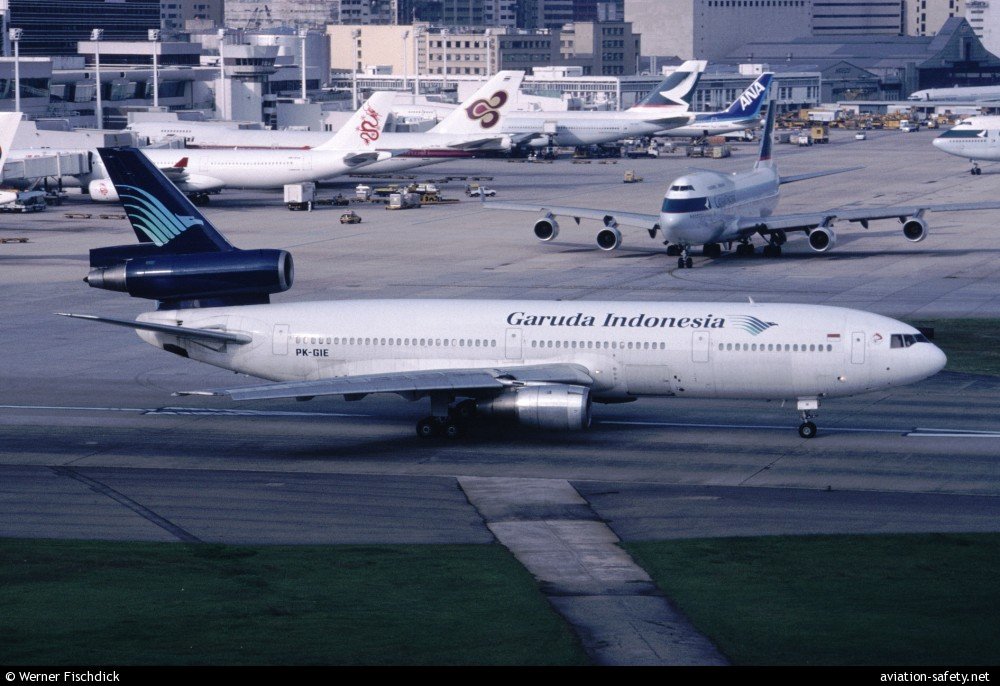 20 years ago today, Garuda Indonesia Airways Flight 865 (PK-GIE) was a scheduled international flight from Fukuoka, Japan to Jakarta, Indonesia with a stopover in Bali, Indonesia. The McDonnell Douglas DC-10-30 was carrying 260 passengers & 15 crew members at the time of the accident. 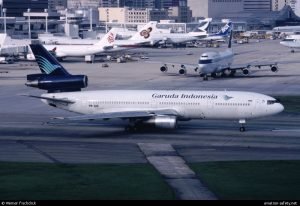 Garuda Flight 865 pushed back from gate 5 at Fukuoka International Airport at 11:55 local time. The crew reported “Ready for taxi”. Fukuoka ground ATC instructed the aircraft to taxi via E2 and to contact tower. The crew taxied to runway 16 and were instructed by the tower controller to hold short for another plane to land. The crew taxied into position and held.

Three seconds later, at a radio altitude of 9 feet, a fan blade on the 1st stage HP turbine from the no.3 engine separated. The N1 dropped to 23.7% within a few seconds.

At 12:07:45 the flight engineer called “Engine failure number one”. The crew attempted to abort take off at speeds nearing V2 (the speed you can safely climb with one engine inoperative). The aircraft contacted the runway one second later at a vertical acceleration force of 2.1 Gs. 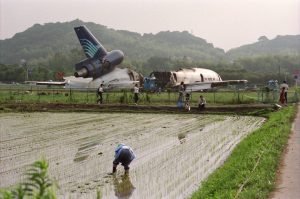 The DC-10 skidded off the runway through a ditch, fence and a road, before coming to a halt 620 m (2,030 ft) past the runway threshold. Damage done to the aircraft during the slide across the ground caused the landing gear to break off and both wing-mounted engines to be torn from the wings. 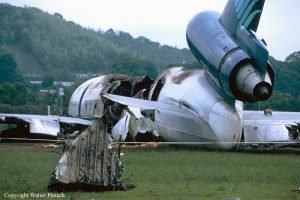 AAIC Investigators revealed that the turbine blade that failed, had operated for 30913 and 6182 cycles. General Electric advised customers to discard blades after about 6000 cycles.

The final report concluded that pilot error and the failure of the maintenance and flight operation sections of the airline in properly coordinating matters resulted in the accident.