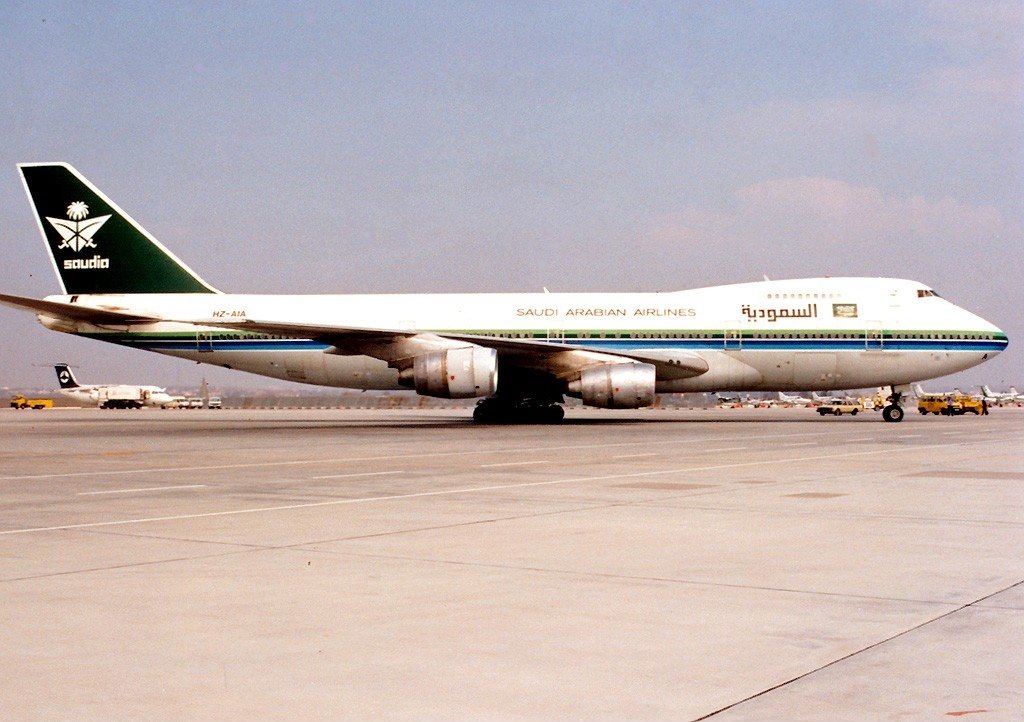 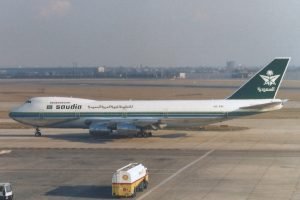 Saudi Arabian Airlines Flight 763 departed Delhi at 18:32 local time. The cockpit crew consisted of Captain Khalid Al Shubaily. First Officer Nazir Khan and Flight Engineer Edris. The captain was a veteran pilot with more than 9,800 hours to his credit. 215 Indians that boarded Flight 763 worked in Saudi Arabia; many of them worked or planned to work in blue collar jobs as house maids, drivers and cooks. 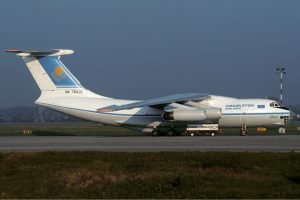 About 8 minutes later, around 18:40 Kazakhstan 1907 reported having reached its assigned altitude of 15,000 ft but it was actually lower at 14,500 ft and still descending. At the same time, ATC controller VK Dutta advised the flight, “Identified traffic 12 o’clock, reciprocal Saudi Boeing 747, 10 nautical miles. Report in sight.” 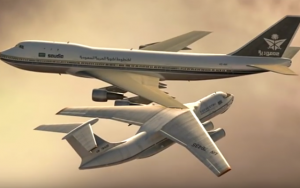 When the controller called Kazakhstan 1907 again, he received no reply. He warned of the other flight’s distance, but it was too late. The two aircraft had collided, the tail of Kazakhstan 1907 cut through Saudi 763 left wing and horizontal stabiliser. The crippled Boeing 747 quickly lost control and went into a rapidly descending spiral motion towards the ground with fire trailing from the wing. The Boeing 747 broke up in the air under the stresses before the wreckage hit the ground at almost 705 mph. The Ilyushin remained structurally intact as it went in a steady but rapid and uncontrollable descent until it crashed in a field.

When the aircraft collided Captain Timothy J. Place, a pilot for the United States Air Force was making an initial approach in a Lockheed C-141B Starlifter when he saw that “a large cloud lit up with an orange glow”. 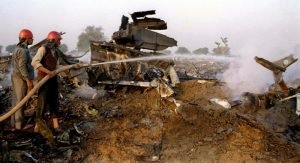 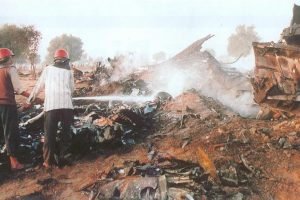 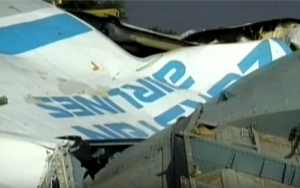 The investigation into the crash of the Charkhi Dadi mid-air collision was led by the Lahoti Commission, headed by then-Delhi High Court judge Ramesh Chandra Lahoti with help from UK Air Accident Investigation Branch (AAIB). 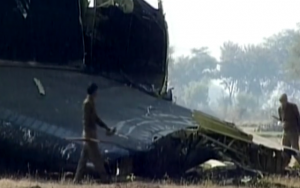 They concluded that the probable cause of the accident was the fault of the Kazakhstan 1907 commander who had descended from the assigned altitude of 15,000 ft to 14,500 ft and then subsequently 14,000 ft and even lower. The report ascribed the cause of this serious breach in operating procedure to the lack of English language skills on the part of the Kazakhstan pilots; they were relying entirely on the radio operator for communication with the ATC. 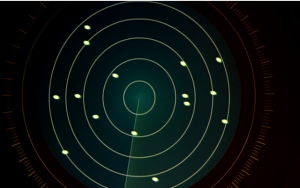 Also, Indira Gandhi International Airport did not have secondary surveillance radar, which provides extra information such as the aircraft’s identity and altitude, by reading transponder signals; instead the airport had primary radar, which produces readings of distance and bearing, but not altitude. In addition, the civilian airspace around New Delhi had one corridor for departures and arrivals. Most areas separate departures and arrivals in separate corridors. The airspace had one civilian corridor because much of the airspace was taken by the Indian Air Force. Due to the crash, the air crash investigation report recommended changes to air-traffic procedures and infrastructure in New Delhi’s air-space.

The civil aviation authorities in India made it mandatory for all aircraft flying in and out of India to be equipped with an airborne collision avoidance system.