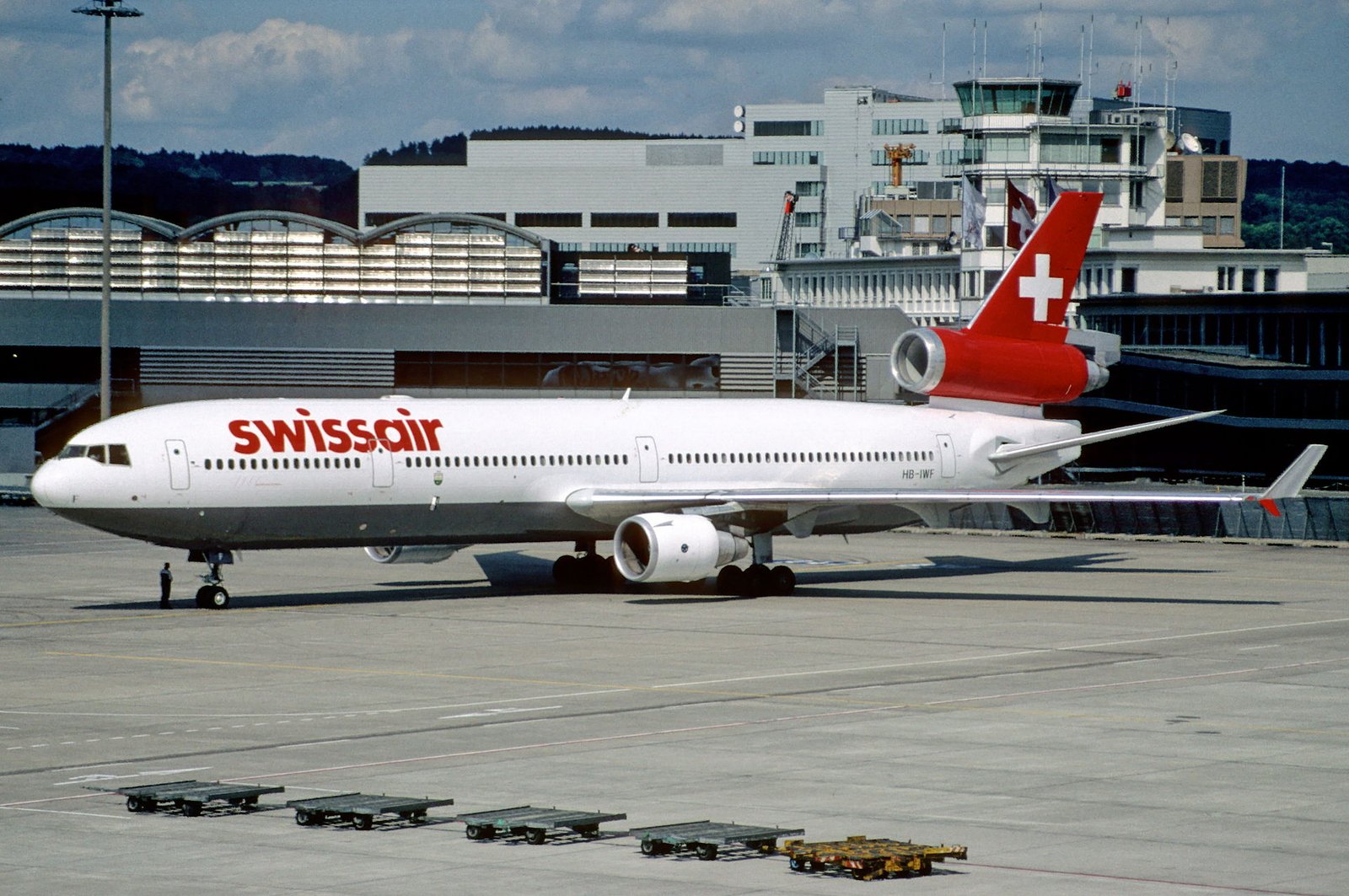 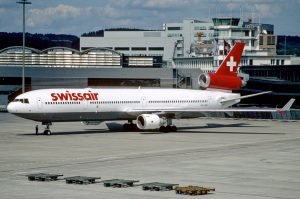 Ill-fated Swissair HB-IWF from Seoul-Kimpo to Zurich on 18th August 1997.

The cockpit crew consisted of Captain Urs Zimmerman, 49. Zimmermann had approximately 10,800 hours of flying time, of which 900 hours was in the MD-11. He was also a instructor pilot for the MD-11. Before his career with Swissair, he was a fighter pilot in the Swiss Air Force. 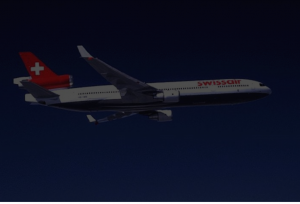 At 22:10 Atlantic Time (01:10 UTC), the flight crew detected an odour in the cockpit and determined it to be smoke from the air conditioning system. Following the captain’s request, the crew turned off the air conditioning vent. Four minutes later, the odour returned and the smoke became visible, prompting the pilots to make a “pan-pan” radio call to the air traffic control Moncton but did not declare an emergency as denoted by a “Mayday” call. The crew requested a diversion to a convenient airport. They then accepted ATC Moncton’s offer of a vector to Halifax Int’l Airport in Enfield, Nova Scotia. 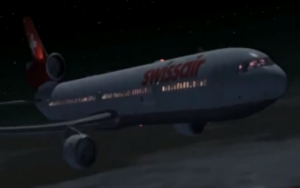 At 22:18 Atlantic Time (01:18 UTC), ATC Moncton handed over traffic control of the plane to Halifax Terminal Control Unit, a specialized ATC unit managing traffic in and out of Halifax. At 22:19 AT (01:19 UTC), the crew requested more distance for the aircraft to descend from 21,000ft when they were advised the aircraft was 30 nautical miles away from Halifax. The crew also requested a fuel dump. ATC Halifax diverted the plane towards St.Margaret’s Bay, where it was safer for the aircraft to dump fuel and still in distance of 30 nautical miles from Halifax. 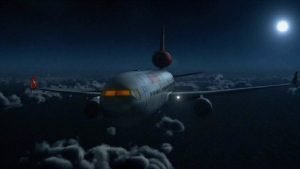 In accordance with the Swissair checklist “In case of smoke of unknown origin”. The crew shut off the power supply in the cabin, which also turned off the recirculating fans in the ceiling. This created a vacuum in the ceiling space above the passsenger and induced the fire to spread into the cockpit, cutting off the power to the autopilot. At 22:24:28 AT (01:24:28 UTC), the crew informed ATC Halifax that “we now must fly manually”, followed by two times of emergency declarations. Ten seconds later, the crew declared an emergency for the third time “And we are declaring emergency now Swissair one eleven”. This was the last words received from Flight 111. 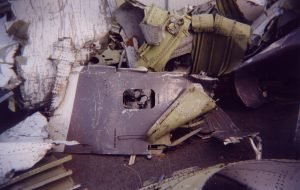 The investigation into the crash of Swissair Flight 111 was led by the Transportation Safety Board of Canada. 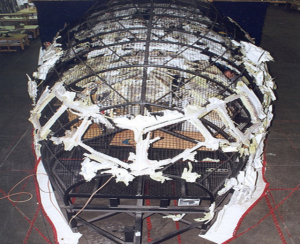 An estimated 2 million pieces of debris were recovered and brought ashore for inspection. Each piece of wreckage was carefully cleaned with fresh water, sorted and weighted. The items was then placed in a specific area of a hangar at CFB Shearwater, based on grid system representing the various sections of the plane.

The TSB investigation identified eleven causes and contributing factors of the crash in its final report. The first and most important was: 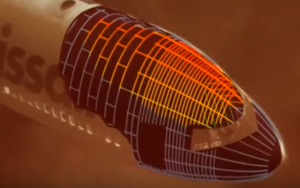 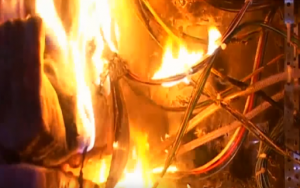 Aircraft certification standards for material flammability were inadequate in that they allowed the use of materials that could be ignited and sustain or propagate fire. Consequently, flammable materials propagated a fire that started above the ceiling on the right side of the cockpit near the rear wall. The fire spread and intensified rapidly to the extent that it degraded aircraft systems and the cockpit environment, and ultimately led to the loss of control of the aircraft. 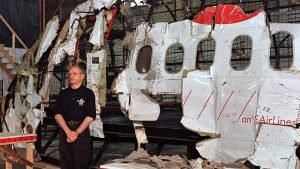 The TSB made nine recommendations relating to changes in aircraft materials, electrical systems and flight data capture as both flight recorders had stopped when they lost power six minutes before impact. General recommendations were also made regarding improvements in checklists and in fire detection and fire-fighting equipment and training. These recommendations have led to widespread changes in FAA standards, principally impacting wiring and fire hardening.

The cause of the thirteen-minute blackout shortly after takeoff was later determined to be a communication radios tuning errors.