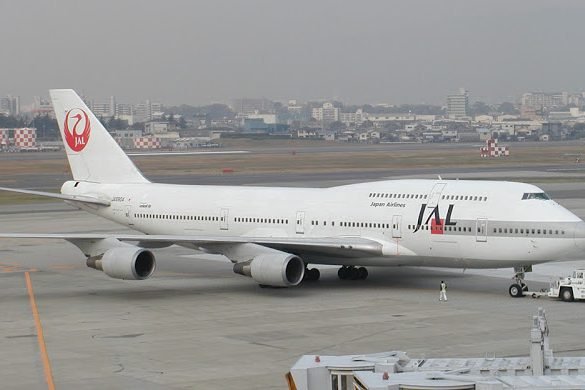 The mid-air incident occurred as flight attendants began to serve drinks onboard flight 907 (B747). The TCAS (Traffic Collision Avoidance System) sounded 20 minutes after its departure as the jet climbed towards 39,000ft.

Flight 907 (B747) followed an order to descend issued by the flight controller while flight 958 (DC10) descended as instructed by the TCAS, meaning that both planes remained on a collision course. The aircraft avoided a collision by using evasive maneuvers once they were in visual proximity, and passed in within about 135 meters of each other. An unidentified passenger told NHK “I have never seen a plane fly so close. I thought we were going to crash.”

Seven passengers and two crew members of the B747 sustained serious injuries. 81 passengers and 10 crew members reported minor injuries. Some unbelted passengers, flight attendants, and drink carts hit the ceiling, dislodging some ceiling titles. The maneuver threw one boy across four rows of seats. Most injuries to occupants consisted of bruising. The maneuvers broke the leg of a 54-year-old woman. A drink cart spilled, scalding some passengers. No passengers & crew on board the DC-10 sustained injuries.

The incident was attributed to errors made by the air traffic controller trainee and trainee supervisor. The incident caused Japanese authorities to call upon the International Civil Aviation Organization (ICAO) to take measures to prevent similar incidents from occurring. Had the collision occurred given the 677 people on board both aircraft combined, this could have potentially been the deadliest aviation accident disaster in the world, surpassing the Tenerife Airport Disaster, which killed 583 people. Almost 17 months after the Japan Airlines mid-air incident. On 1 July 2002, Bashkirian Airlines Flight 2937 & DHL Flight 611 collided over Überlingen, Germany killing all 71 people on board both aircraft.

The accident was caused by similar circumstances one of the aircraft had received conflicting orders from the TCAS and ATC. The ICAO did not take action until after the crash over Germany in 2002. Four near misses in Europe occurred before the German disaster because one set of pilots obeyed the air traffic controllers while the other obeyed TCAS. The ICAO decided to fulfill Japan’s request 18 months after the Japan Airlines incident.