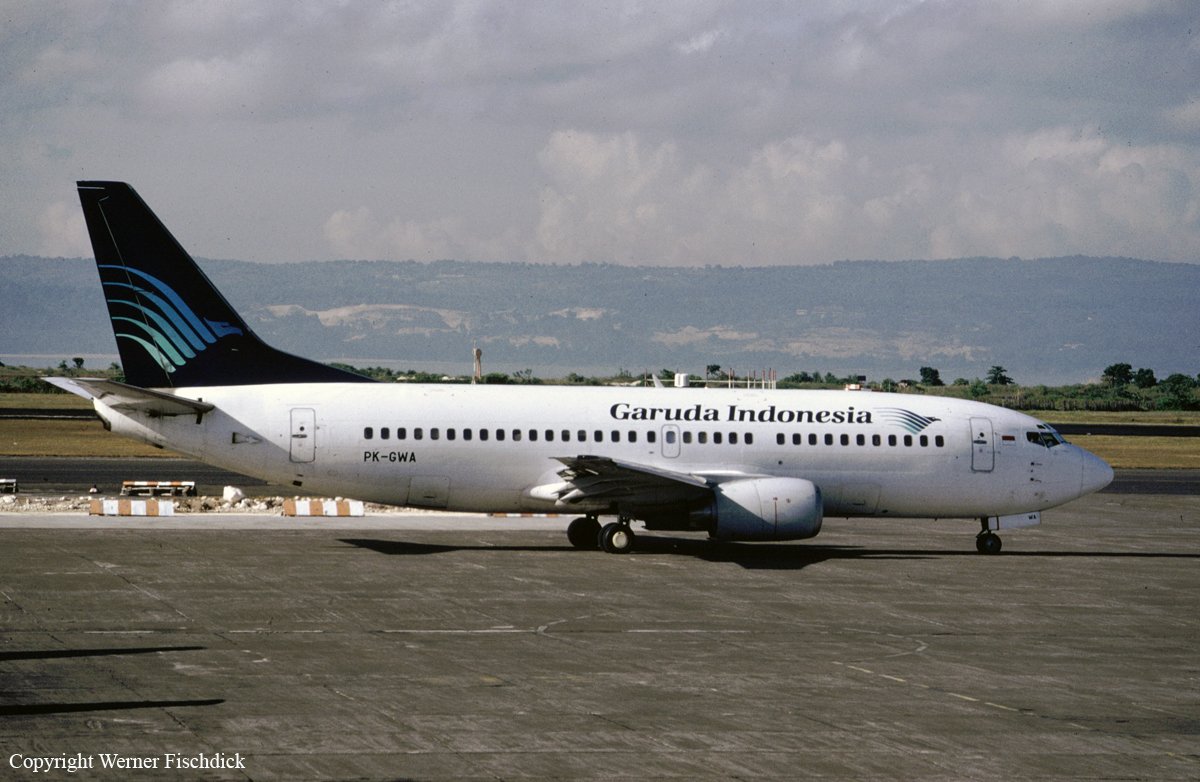 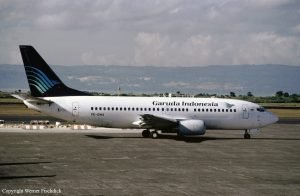 Garuda Indonesia Flight 421 departed Selaparang Airport at around 15:00 and climbed to the cruising altitude of 31,000 ft. During the initial descent, the crew decided to deviate from the planned route because of thunderstorms along their planned route. At 16:19 the flight encountered an area of severe turbulence and thunderstorm activity with extremely heavy precipitation and hail. The crew attempted to fly towards a gap between two storm cells. 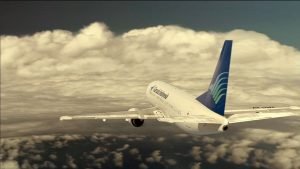 About 90 seconds after entering the thunderstorm, as the airplane descended through about 18,000 ft at a flight idle power setting, both engines flamed out. The crew carried out three unsuccessful attempts to restart the engines followed by one unsuccessful attempt to start the auxiliary power unit (APU). The flight crew’s reported actions to restart the engines and APU. However, were contrary to the procedures contained in the Boeing 737 Operations Manual. For instance, they waited only about 1 minute between each restart attempt instead of 3 minutes. 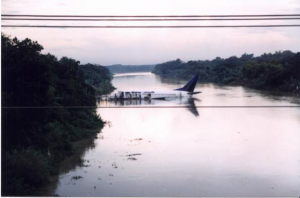 As the airplane descended below an overcast cloud layer at about 8,000 ft, the crew observed the Bengawan Solo River and decided to attempt to ditch the airplane into the river with flaps and landing gear retracted. The ditch procedure was successful leaving the aircraft settled down on its belly in the shallow water, with the fuselage, wings and control surfaces largely intact. 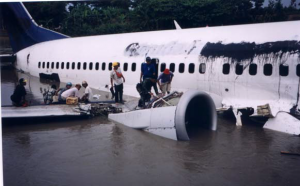 During the evacuation only two doors were available. Residents of nearby villages assisted. Uninjured passengers and their personal belongings were temporarily sheltered in a nearby empty house, while injured passengers were transported by an available vehicle to the nearest clinic. Two flight attendants were found with severe injuries after the cabin floor ripped away after the tail impacted the water. One of the flight attendants didn’t survive.

The investigation into the ditching of Garuda Indonesia Flight 421 was lead by the Indonesian National Transportation Safety Committee (NTSC). 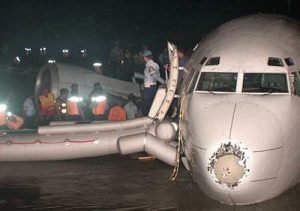 They concluded that the pilot training in the interpretation of weather radar images was not formal, being given only during flight training. It is considered possible that the precipitation was so dense that it attenuated the radar signals, reducing the reflections that usually indicate precipitation and making such high density appear to be a clearer path. Had the crew manipulated the radar tilt to sweep the ground during descent, they would have been aware of the risks associated with the chosen flight path. Intense noise audible in data from the cockpit voice recorder as well as damage to the nose radome and engines indicate the presence of hail with the rain. The report concludes that the hail/water density exceeded the engine tolerance at flight idle, resulting in flameout. 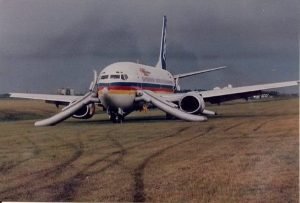 Similar occurrence happened on 24 May 1988. TACA Flight 110 Bengawan Solo River (Boeing 737-3T0) suffered double engine flameout while descending in heavy precipitation with engines at flight idle. Following these incidents OMB 88-5 and AD 6-14-88 were issued to require minimum rpm of 45% and to restrict the use of autothrust in moderate/heavy precipitation; engine modification was provided for increased capacity of water ingestion.