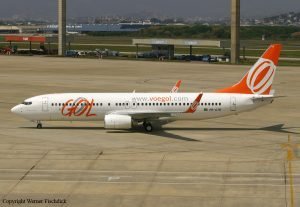 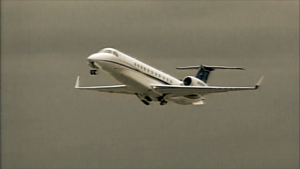 On September 29, an Embraer Lagacy 600 executive jet (N600XL) was scheduled to be delivered from the Embraer factory at São José dos Campos Airport to the United States. An intermediate stop was planned at Manaus. The flight crew consisted of Captain Joseph Lepore 42, and First Officer Jan Paul Paladino 34, both U.S. citizens. Lepore had been a commercial pilot for more than 20 years and had logged 9,388 total flight hours. Paladino had been a commercial pilot for a decade and had accumulated more than 6,400 flight hours.

The Legacy took off at about 14:51. The filed flight plan included a routing via the OREN departure procedure to Pocos beacon, then airway UW2 to Brasilia VOR (BRS), airway UZ6 to Manaus. The cruise altitude was filed as FL370, with a planned change to FL360 at BRS, and to FL380 at the TERES navigational fix, approximately 282 miles north of BRS. 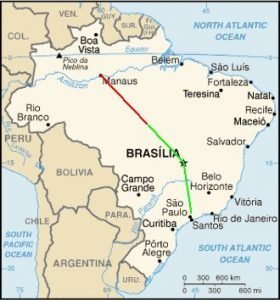 Meanwhile, at 15:35, GOL Flight 1907 departed from Manaus (MAO). The flight was also routed via UZ6 to BRS. Cruising altitude was FL370, which was reached at 15:58. At that time, Legacy N600XL had just passed BRS, level at FL370. There is no record of a request from N600XL to control agencies to conduct a change of altitude after passing BRS. There is also no record of any instruction from air traffic controllers at Brasilia Center to the aircraft, directing a change of altitude.

When the aircraft was about 30 miles north-northwest of BRS, at 16:02, the transponder of N600XL was no longer being received by ATC radar. Between 15:51 and 16:26, there as no attempts to establish radio communication from either crew of N600XL or ATC. At 16:26 the CINDACTA 1 controller made a “blind call” to N600XL. Subsequently until 16:53, the controller made an additional 6 radio calls attempting to establish contact. The 16:53 call instructed the crew to change to frequencies 123.32 or 126.45. No replies were received. Beginning at 16:48, the crew of N600XL made a series of 12 radio calls to ATC attempting to make contact. They heard the 16:48 call, but the pilot did not understand all the digits, and requested a repeat. No reply from ATC was received. The pilot made 7 more attempts to establish contact.

Both the GOL Boeing 737 and the Embraer Legacy were now on a head on collision course on airway UZ6 at the same altitude. Because the transponder of N600XL was not functioning properly. The TCAS equipment on both planes did not alert the crews. 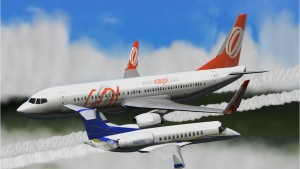 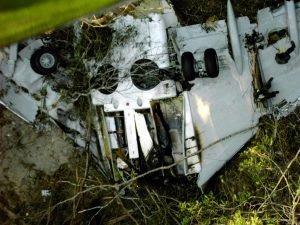 At 37,000 ft over the remote Amazon jungle, both aircraft collided. The left winglet of the Legacy (which includes a metal spar) contacted the left wing leading edge of the Boeing 737. The impact resulted in damage to a major portion of the left wing structure and lower skin, ultimately rendering the 737 uncontrollable. The Boeing 737 was destroyed by in-flight break-up and impact forces. All 148 passengers & 6 crew members were killed. 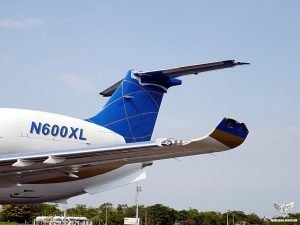 The Embraer Legacy winglet was sheared off and damage was sustained to the vertical stabilizer tip. The crew made numerous further calls to ATC declaring an emergency and their intent to make a landing at the Cachimbo air base. At 17:02 the transponder returns from N600XL were received by ATC. At 17:13, a flight crew assisted in relaying communications between N600XL and ATC until the airplane established communication with Cachimbo tower. The Embraer Legacy landed safely.

The investigation into the mid-air collision of Gol Transportes Aéreos Flight 1907 & the Embraer Legacy was led by Brazilian Air Force Aeronauticals Accidents Investigation and Prevention Center (CENIPA) and the National Transportation Safety Board (NTSB). 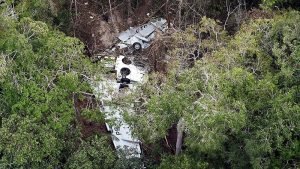 They concluded that the probable cause of the accident was N600XL and GOL 1907 following ATC clearances which directed them to operate in opposite directions on the same airway at the same altitude resulting in the mid-air collision.

The loss of effective air traffic control was not the result of a single error, but of a combination of numerous individual and institutional ATC factors, which reflected systemic shortcomings in emphasis on positive air traffic control concepts. Contributing to this accident was the undetected loss of functionality of the airborne collision avoidance system technology as a result of the inadvertent inactivation of the transponder on board N600XL.

Further contributing to the accident was inadequate communication between Air Traffic Control and the N600XL flight crew.