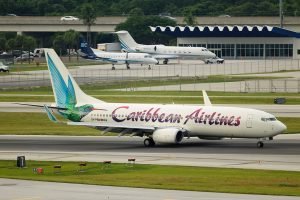 At 01:32 (05:32 UTC) Caribbean Airlines Flight 523 landed on runway 06 at Cheddi Jagan Airport (a 7,448ft long asphalt runway) but failed to stop on the runway surface. The aircraft overran the runway crashing through the perimeter fence and stopped 100 meters past the end of runway 06 after it went over a road and broke into two sections. 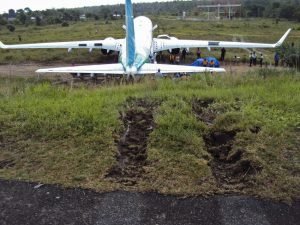 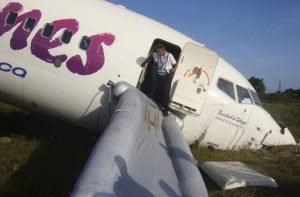 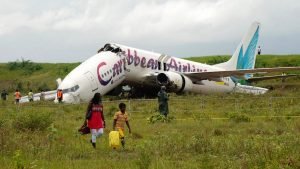 No deaths were reported. However, some passengers suffered broken legs. The majority of the injured were treated at Diamond Diagnostic Hospital then sent to Georgetown Public Hospital, where 35 passengers were treated for leg, back and neck injuries. The aircraft was damaged beyond repair. 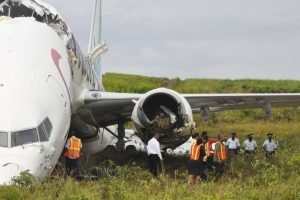 It was concluded that the cause of the accident was the aircraft touching down far beyond the touchdown zone due to the captain maintaining excess power during the flare and not using the aircraft’s full deceleration capacity resulting in the aircraft over running the pavement and fracturing the fuselage.