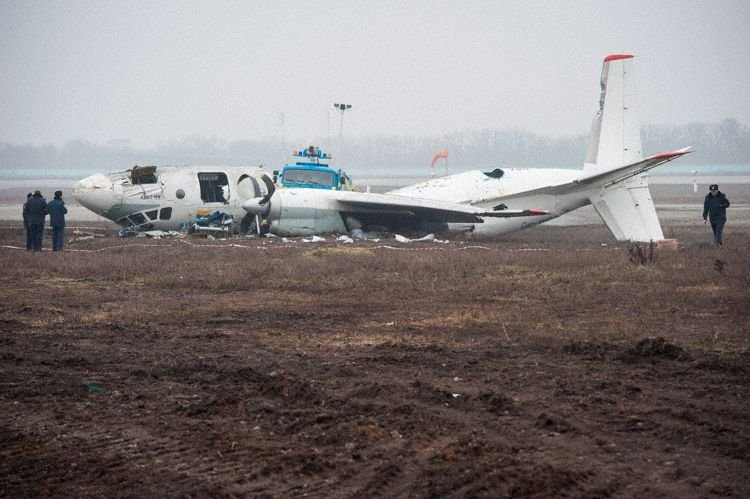 The plane overshot the runway at Donetsk Intl Airport after making a hard landing. Five passengers died and the fate of one passenger remains unclear. The plane burst into flames and most onboard escaped the burning aircraft through a hole in the fuselage.

Eyewitnesses have stated that the plane was attempting the land in thick fog and it touched down on grass between runway and taxiway.

On board was 36 passengers and 7 crew; but some unregistered passengers made the total number aboard to 52.