#OnThisDay in 2015, Germanwings Flight 9525 is deliberately flown into the French Alps

1 year ago today, Germanwings Flight 9525 (D-AIPX) was a scheduled international passenger flight from Barcelona-El Prat Airport, Spain to Düsseldorf Airport, Germany. The Airbus A320-211 was carrying 144 passengers & 6 crew members at the time of the crash.

The co-pilot was 27 year old First Officer Andreas Lubitz, who joined Germanwings in September 2013 and had 630 flight hours of experience. Both pilots were German citizens.

At 10:26 CET (09:26 UTC) the flight reached its cruising altitude of FL380. At 10:30 CET the flight was cleared direct to IRMAR waypoint, which was confirmed by the flight: “Direct IRMAR, Merci 18G.” This was the last radio contact with the flight.

At 10:30:08, Captain Patrick Sondenheimer told First Officer Andreas Lubitz that he was leaving the cockpit to use the bathroom and asked him to take over radio communications, which the co-pilot acknowledged.

At 10:30:53, the selected altitude on the Flight Control Unit (FCU) changed in from 38,000ft to 100 ft. One second later, the autopilot changed to OPEN DES mode and autothrust changed to THR IDLE mode. The aircraft started to descend and both engines speed decreased.

At 10:33:12, the speed management changed from managed mode to selected mode. One second later, the selected target speed became 308kt while the aircraft speed was 273kt. The aircraft speed started to increase along with the descent rate which varied between 1,700ft/min and 5,000ft/min, then was on average about 3,500ft/min.

At 10:34, knocking and muffled voices asking for the door to be opened are heard. Captain Patrick Sondenheimer attempted to access the cockpit by the keypad. Access denied. He said “It’s me! while knocking on the door. After no response Sondenheimer started hammering on the door while shouting “For the love of God, Open this door!”. The plane was about 25,000ft.

At 10:39, Sondenheimer called for a flight attendant to bring him a crowbar hidden in the back of the plane. The pilot began smashing the door, then trying to pry and bend it open. At this point the plane was below 10,000ft. Lubitz placed an oxygen mask over his face. “Open this f**king door!” Sondenheimer screamed. 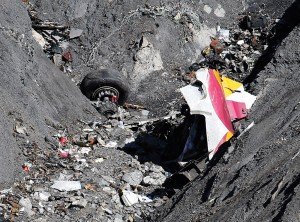 At 10:40, an alarm went off “TERRAIN, TERRAIN! PULL UP! PULL UP!” The aircraft was at an altitude of 7,000ft. Sixty seconds later at 10:41 CET (11:41 UTC) the Airbus right wing clipped the mountainside at 5,000ft. The only further sounds picked up by the CVR were alarms and screams. Moments later the plane slammed into the mountain at 403 miles per hour. All 144 passengers & 6 crew members perished. 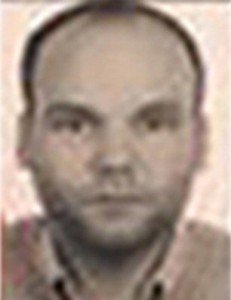 Hero Patrick Sondenheimer fought to get into the cockpit to the very end. However, security requirements led to cockpit doors designed to resist forcible intrusion by unauthorized persons. This made it impossible for Sondenheimer to enter the cockpit before the aircraft impacted the terrain in the French Alps. 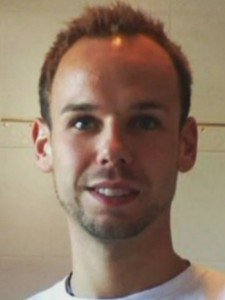 The collision with the ground was due to the deliberate and planned action of the co-pilot Andreas Lubitz who decided to commit suicide while alone in the cockpit. The process for medical certification of pilots, in particular self-reporting in case of decrease in medical fitness between two periodic medical evaluations, did not succeed in preventing the co-pilot, who was experiencing mental disorder with psychotic symptoms, from exercising the privilege of his licence.

The following factors may have contributed to the failure of this principle: 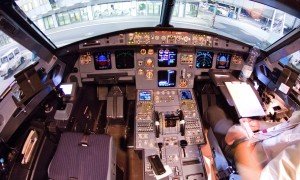 Soon after this crash, some airlines changed their rules to ensure two crew members are in the cockpit at all times. Some airlines that have this rule in place are Easyjet, Norwegian Air Shuttle, Air Canada and Air Transat.

US Airlines have develop procedures which include a requirement that, when one of the pilots exits the cockpit for any reason, another qualified crew member must lock the door and remain on the flight deck until the pilot returns to his or her station. A qualified crew member could be a flight attendant or a relief pilot serving as part of the crew.