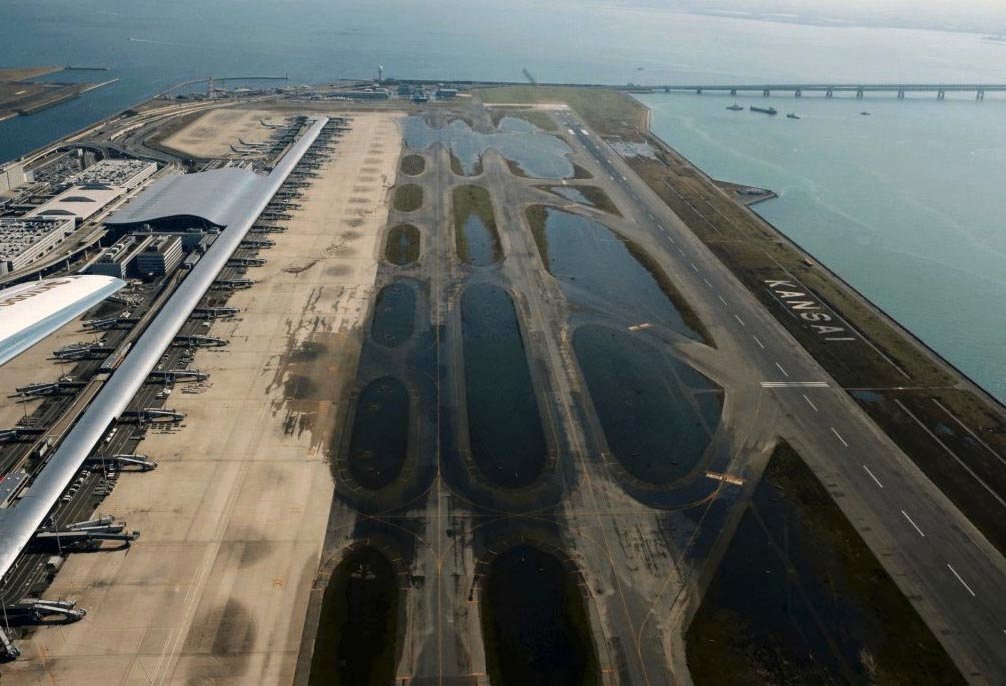 Japan’s third-largest airport by traffic numbers will open one terminal and ANA Holdings Inc.’s low-fare unit Peach will be the first to start flights, Yoshiyuki Yamatani, president of the airport operator, said in Osaka Thursday.

The Kansai airport is the gateway to the Osaka region and only lags behind the Haneda and Narita facilities that serve Tokyo.

The airport is a key transport and cargo hub that lies on an artificial island in Osaka Bay. It was almost directly in the typhoon’s path and was forced to close after its runways were flooded and a tanker smashed into the road and rail bridge linking the airport to the mainland.