Paris Orly airport has reopened this morning after three-month shutdown 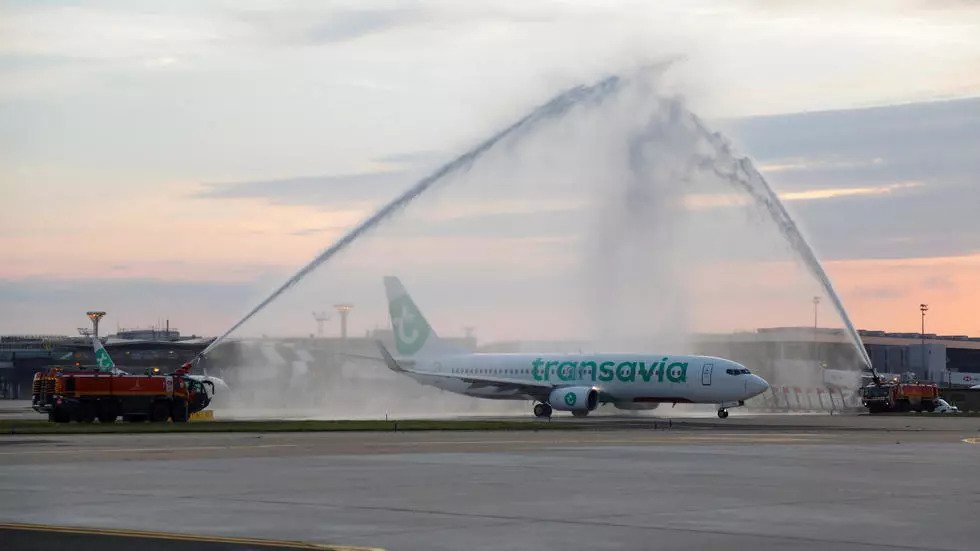 The first flight took off from Orly airport south of Paris at 6:25am Friday, marking a reopening after shutting down on March 31 due to the coronavirus crisis, but with just a fraction of its normal flights.

A Transavia plane bound for the Portuguese city of Porto was sprayed by water cannons from the airport fire brigade vehicles in a so-called “water salute” ceremony before taking off.

The reopened airport is serving only around 25 destinations via 70 takeoffs and landings, compared with 600 a day before the virus crisis grounded aircraft worldwide.

Airlines including Air France, Transavia, easyJet, Vueling and Air Caraïbes account for most of the traffic at Orly, flying to the Caribbean, Reunion Island, Italy, Spain, Portugal, Iceland and Croatia, among others.

Around 8,000 passengers are expected to pass through Orly’s four terminals on Friday, less than 10 percent of the daily average of around 90,000.