Passenger arrested after punching American Airlines flight attendant in the back 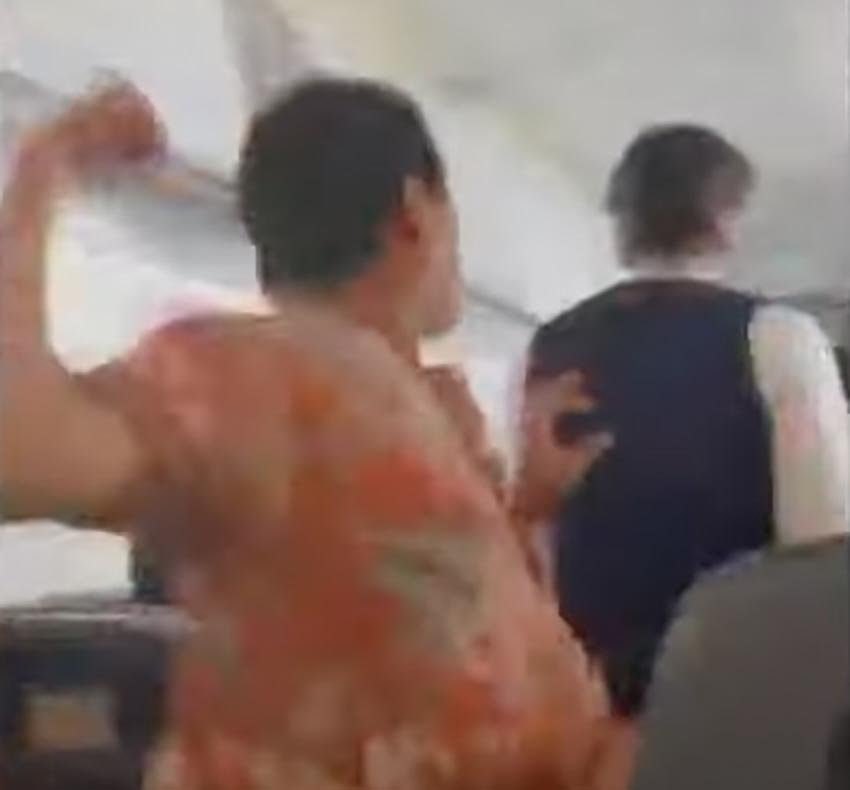 A California man who was captured on video punching an American Airlines flight attendant during a flight from Mexico to Los Angeles was arrested this week.

The episode on Flight 377 began about 20 minutes after takeoff on Wednesday when Mr. Le got up from his seat as flight attendants provided food and beverage service, according to an affidavit from the Federal Bureau of Investigation.

Mr. Le then walked to the front of the plane, loitered near the first-class cabin and sat in an unoccupied row, the affidavit states.

A different flight attendant, identified in the affidavit as S.B.G., approached Mr. Le and asked him to return to his seat. But Mr. Le stood up and closed both of his fists as he assumed a “fighting stance,” the affidavit states. When S.B.G. went to the front of the plane to report the behavior to the pilot, Mr. Le rushed toward him and punched him in the back of the head, the affidavit states.

Video from a passenger shows people screaming as they see a man, wearing an orange shirt with a floral pattern, strike a flight attendant.

After he hit S.B.G., Mr. Le shuffled toward the back of the plane, according to the affidavit. Then, the affidavit states, “several passengers apprehended Le near an exit row.”

Mr. Le was later moved to a different row, and his hands and legs were cuffed, the Justice Department said. Flight attendants had to restrain him to his seat with seatbelt extenders because he kept unbuckling his seatbelt, the affidavit states.

Curtis Blessing, a spokesman for American Airlines, said in a statement that Mr. Le had been met by law enforcement officers upon arrival in Los Angeles.

The man, Alexander Tung Cuu Le, 33, of Westminster, Calif., was charged on Thursday with one count of interference with flight crew members, a day after he ran up to a flight attendant and punched him in the back of the head, the Justice Department said in a news release. Mr. Le could face up to 20 years in prison if convicted.