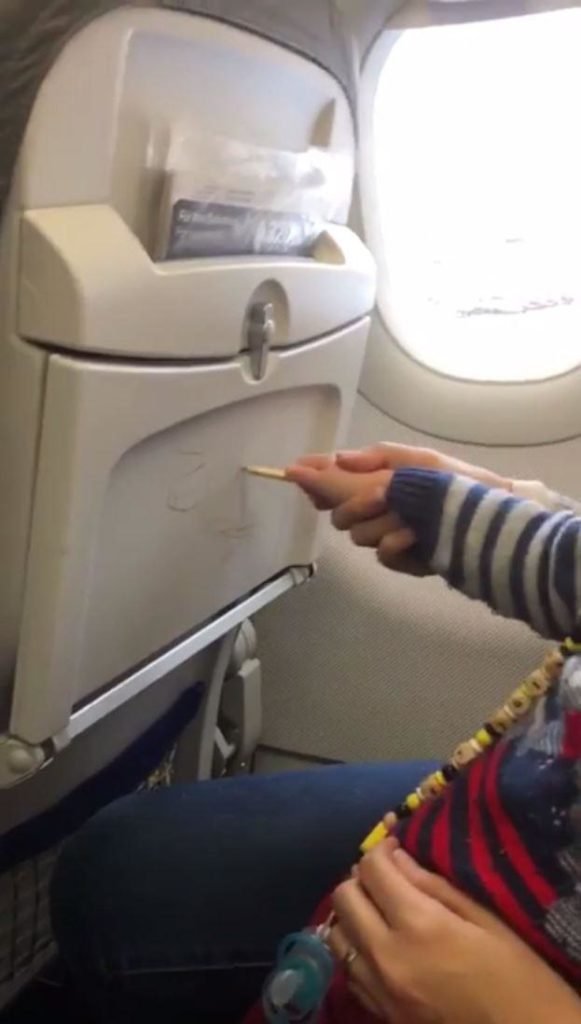 In a video posted to the Passenger Shaming Instagram account, one passenger revealed how a parent sat by and let her child vandalise the plane they were on.

The footage starts with shots of the tray tables in a row, which were covered with different coloured scribbles.

Then it panned from the aisle to the window seat where a child was still busy scribbling on the tray table in front of him.

The child was seen sitting on his parent’s lap – who at one point even guides his hand.

The child then reached back round to scribble on another tray.

Video of the vandalism sparked outrage on the social media site with many blaming the parent.