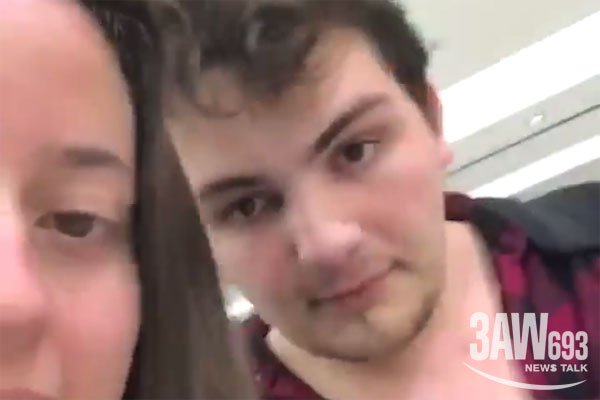 An Australian passenger on an Emirates Zurich-Dubai flight is being hailed a legend and Aussie hero after a video of her helping out a drunk passenger went viral. Grace Cheatley started filming when she first noticed Australian Boris Pascoe have trouble collecting his carry-on luggage and his pants starting to fall. He then stumbled on the steps while disembarking the plane. She decided to offer help once they were in the terminal, recording the whole time. Mr Pascoe told her he was “pretty [expletive] sloshed” and had 8 drinks on board, including Hennesy Cognac, which he had never had before.

Ms Cheatley helped him down the escalator before telling him to straighten his clothes. She also told an enquiring security guard that she was helping him, and then encouraged him to be quiet going through security. She told Daily Mail Australia, that when they got to his gate, “I sat him down and said ‘sit down and do not move, if I get back and you’re gone you’ll be in big trouble’ … I felt like his mum.’ She then went and got Mr Pascoe a toastie and water and by the time she got back he had made some new friends so she left him with the group of older men. “I loved him he was so funny and lovely, it made my stop over so bearable!” she said.

Mr Pascoe can be heard in the video calling Ms Cheatley “Wonder Woman”, and he commented on the video posted on Facebook saying, “Can’t thank this girl enough for getting me on my flight. Thanks for the love guys.” Ms Cheatley responded, “BORRIS!!!!!”. Other commenters have been praising Ms Cheatley for her actions, with news.com.au saying “[a]nother person from the UK commented: “This is why I love Australians.”

An interview with Ms Cheatley as well as a word censored version of the video can be found at Melbourne radio station 3AW.