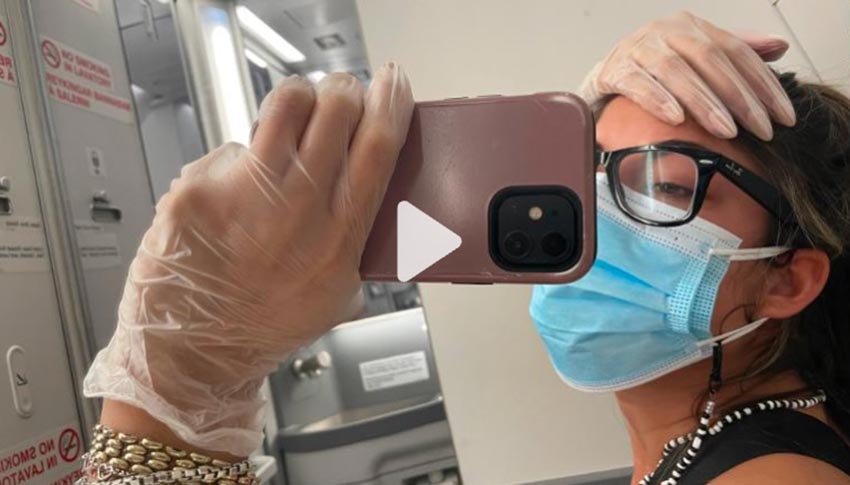 A woman who tested positive for Covid-19 mid-flight decided to stay locked in the plane’s bathroom for hours to prevent other passengers getting sick.

Marisa Fotieo was travelling from Chicago to Reykjavik, the capital of Iceland, when her throat began to hurt. She took a rapid test to the bathroom where she produced a positive result.

“There’s 150 people on the flight, and my biggest fear was giving it to them,” she told US program TODAY.

Instead of going back to her seat, she remained in isolation in the bathroom voluntarily.

Ms Fotieo made a viral video about her isolation in the bathroom which has racked up over 4.4 million views.

“POV (point of view): you test positive for Covid while over the Atlantic Ocean,” she said in the caption of the video.

Ms Fotieo told the flight attendant, Ragnhildur “Rocky” Eiríksdóttir, looked after her while she was cooped up in the bathroom and made sure she had everything she needed.