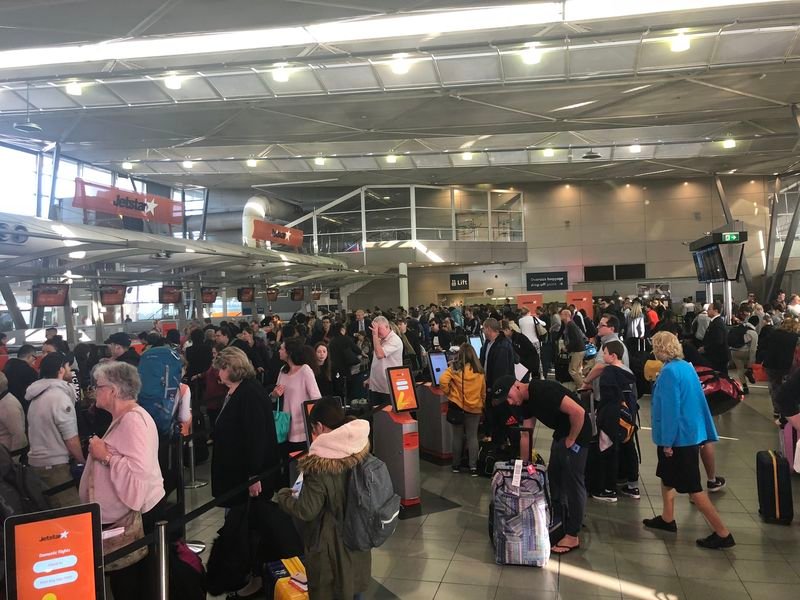 Many Jetstar passengers were left angry on Thursday (local time) after the airline cancelled several flights from Sydney. The cancellations also coincided with the start of school holidays.

Claire Stephenson told 9 News that she received an early morning text message from the airline saying that her 12 year old son’s flight had been cancelled with no explanation given. Her son was travelling with a 12 year friend, but according to Ms Stephenson the airline left them unaccompianed for 9 hours while they were waiting to board another flight they had been re-booked on.

“They’d been staying with my dad. He took them to the airport, they were told that their flight was cancelled and they were rebooked onto a 4pm flight and there was no explanation. I called the Jetstar call centre to find out what the problem was and I got a lady who basically said that it was due to operational reasons. (Jetstar said that) because they have a policy on their website that children can travel independently from 12 years of age, it is expected that they can manage the situation.”

When she later called the boys to check on them she said, “[the boys said] that a customer assistant at Sydney Airport had told them to wait by a Jetstar desk ‘and someone would monitor them.'” She also said they were not offered water or food. Their rebooked flight was then delayed for 1 hour after boarding due to “aircraft technical issues.”

Jetstar told news.com.au has the cancellations due to several issues:

JQ143 from Sydney to Gold Coast was cancelled as the plane was unable to land before Sydney Airport’s curfew the previous night.

JQ503 from Sydney to Melbourne was cancelled due to 2 crew members being sick. This also resulted the return leg, JQ510, being cancelled.

JQ507 from Sydney to Melbourne and JQ408 from Sydney to Gold Coast were also cancelled due to not being able to land the previous night due to Sydney’s curfew.

A Jetstar spokesperson also told news.com.au, “teams were working to get every single passenger on the next available flight. We run 400 flights a day so these things are unfortunate but five flights out of 400 isn’t a major issue. There is no major issue with our operation today. A couple of minor unrelated issues have meant we had to cancel five flights out of Sydney today. It’s a combination of bad weather in other ports, some crew were unwell and one of our aircraft had a technical issue.”

The cancellations were compounded after dozens of flights were grounded the previous day due to thick fog.

Many customers complained about the lack of communication, with some saying they received no text messages, and knew nothing about the cancellations until they got inside the teminal. News.com.au also reports that Virgin Australia and it’s low cost subsidary, Tigerair, were struggling as disgruntled Jetstar passengers tried to book flights with them.