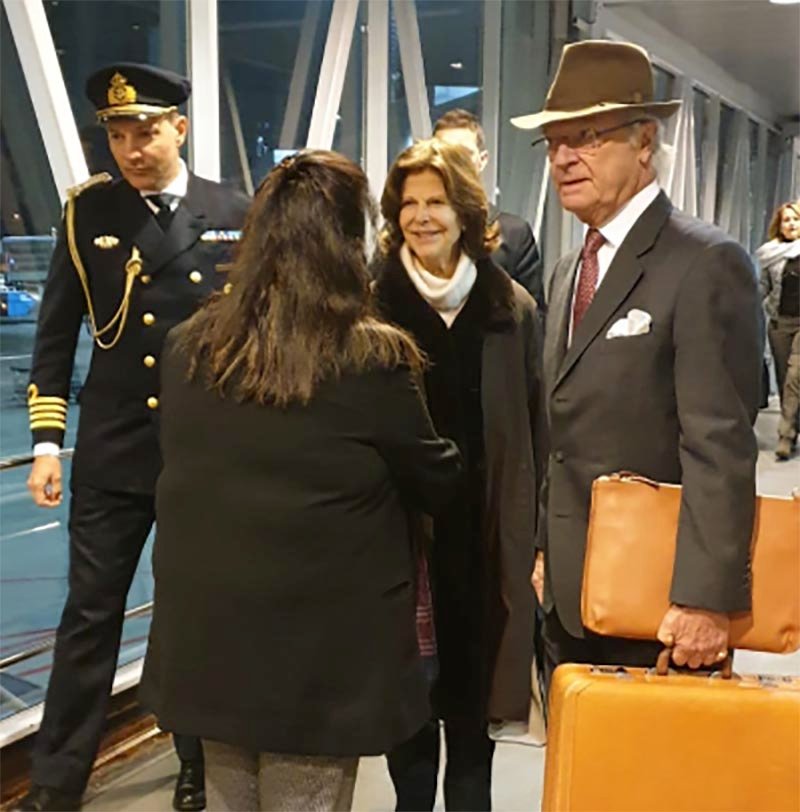 King Carl XVI Gustaf and Queen Silvia of Sweden arrived in Delhi this morning for a five-day visit.

The royal couple flew in on an Air India plane from Stockholm, and the national carrier tweeted photos of them at the Delhi airport.

Photo of the Swedish royal couple immediately went viral as people noticed that King Carl arrived carrying his own bags – a gesture that has won him a lot of praise on social media.

“His Majesty Carl Gustaf Folke Hubertus , King of Sweden and Her Majesty Silvia Renate Sommerlath travelled AI168 Stockholm to Delhi,” wrote Air India on Twitter, sharing two pics of the royals being greeted at the airport.

The king of Sweden has been widely praised on Twitter for carrying his own bags at the airport – an action praised as “inspiring” and “humbling” by many.