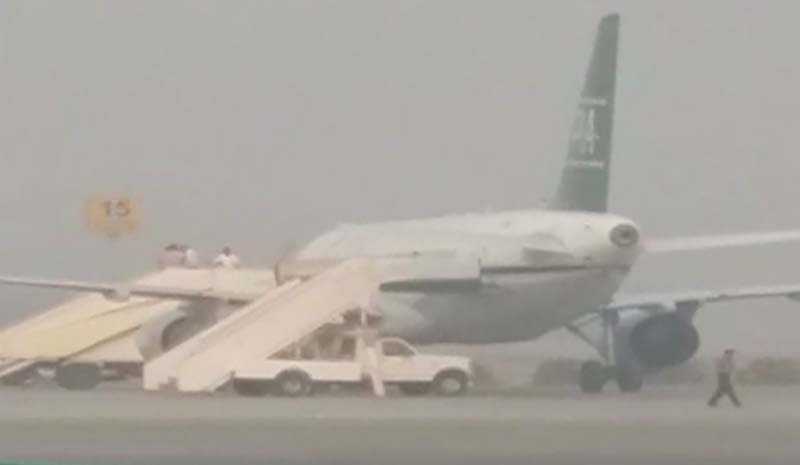 The Pakistan International Airlines (PIA) cleared a plane to take off after the flight made an emergency landing at the Allama Iqbal airport  early today.

Flight #PK755 was enroute to Riyadh from Sialkot when the pilot observed smoke in the cockpit, leading him to suspect the engine had caught fire. Subsequent initial inspection by the authorities, however, found no fire, the PIA spokesman said in a statement.

The 134 passengers and six staff members onboard the plane were evacuated and safely moved to the airport’s lounge.

The airline has cleared the plane to take off after a thorough inspection and will take off at 12PM with a new crew.