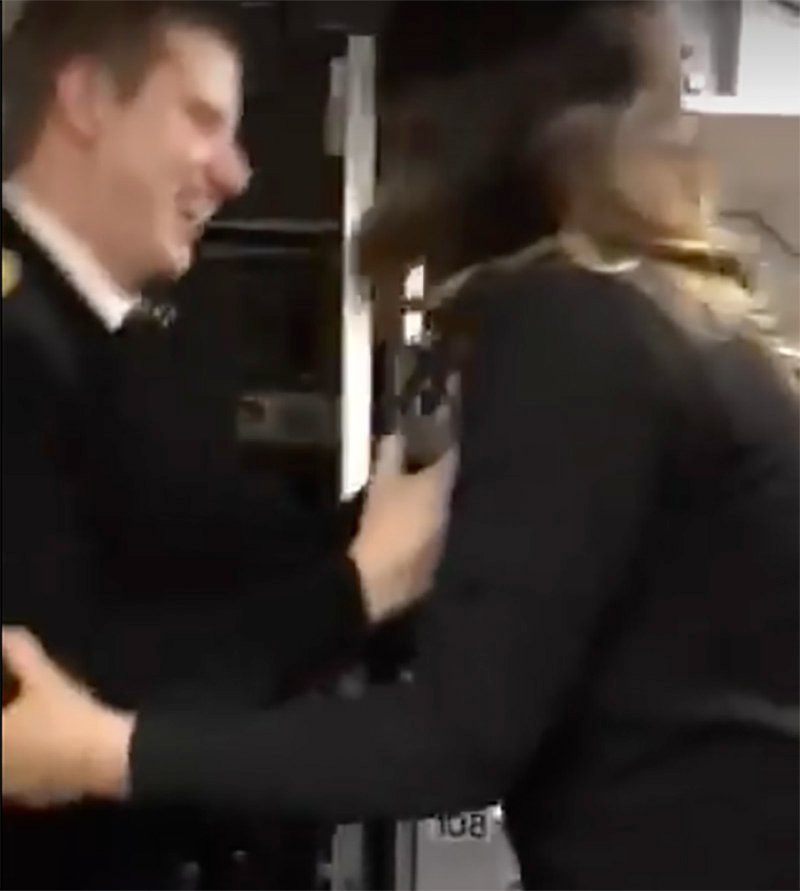 The Independent reports on an airline pilot who decided to surprise his flight attendant girlfriend, who works with him, two days before Christmas.

As Jon Emerson, 24, gave passengers weather, altitude, and turbulence details before their SkyWest flight took off from Detroit to Oklahoma City, he suddenly changed the subject.

He introduced 23-year-old Lauren Gibbs as his girlfriend, and also as “one of our very best flight attendants,” then said he wanted her to not only remember this day as their anniversary, but also as a “day to be known for the rest of our lives.”

In a video Gibbs posted to her Facebook page, Emerson can then be seen whipping out a ring box and getting down on one knee in front of Gibbs to offer his marriage proposal amid clapping and cheers from the flight’s passengers.

Emerson headed back to the PA system to note, “She said yes” for those who couldn’t hear in the back.