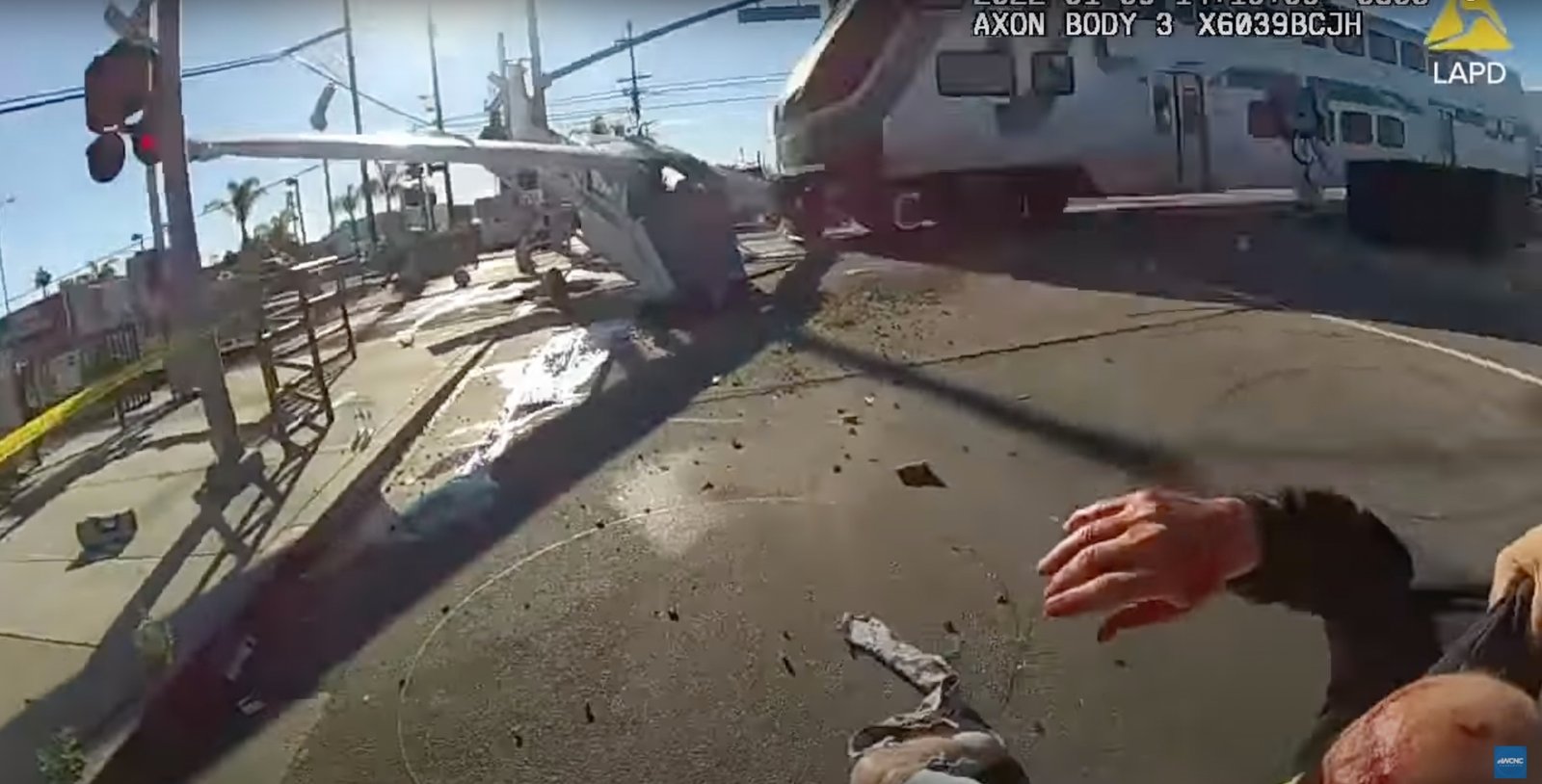 A train hits an aircraft that crashed on railway tracks in Los Angeles, California, U.S.

Police in Los Angeles, California, pulled the pilot from a crash-landed Cessna seconds before the aircraft was hit by a train on Sunday, sending debris flying in all directions.

Dramatic video shows several officers freeing the man from the downed plane, which had crashed shortly after takeoff in the Pacoima neighborhood, according to local media. The officers and pilot are just a few feet away from the tracks when the passing train destroys the plane.

“The plane had a failed takeoff and landed on the train tracks at a popular intersection,” said Luis Jimenez, the 21-year-old music composer who filmed the video. “Just seconds before impact police officers saved the pilot, and a piece of debris almost hit me.”

The pilot was treated for cuts and bruises and is in a stable condition, according to local media.

No one on the train was injured, local media reported.