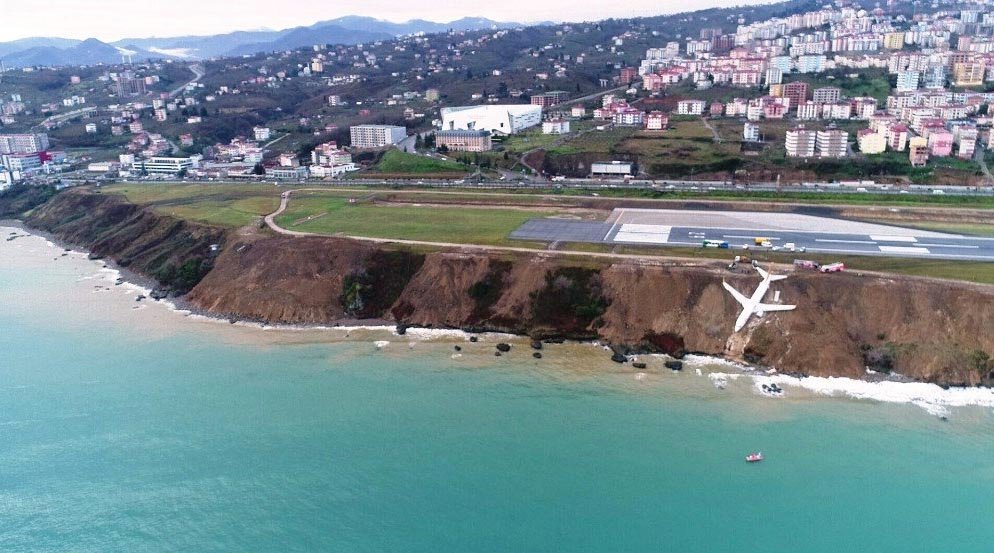 The pilots of the airplane, which skidded off the runway of an airport in the Black Sea province of Trabzon late on Jan. 13, have told the authorities in their initial testimonies that the right aircraft engine had “accelerated” all of a sudden after landing, causing the plane to skid leftwards.

“The plane made a normal landing. Once we came to the end of the runway, we tried to maneuver to the right. Just as we were about to maneuver, the right aircraft engine started to accelerate. The plane should have gone right, but because of the right engine, it suddenly started going leftwards and went down the slope in the direction of the [Black] Sea,” the pilots were reported to have told officials.

The 62-year-old pilot Ender B., with 41 years of experience, told the prosecutor’s office that there was “nothing wrong” with the plane as they left the Ankara Esenboğa Airport.