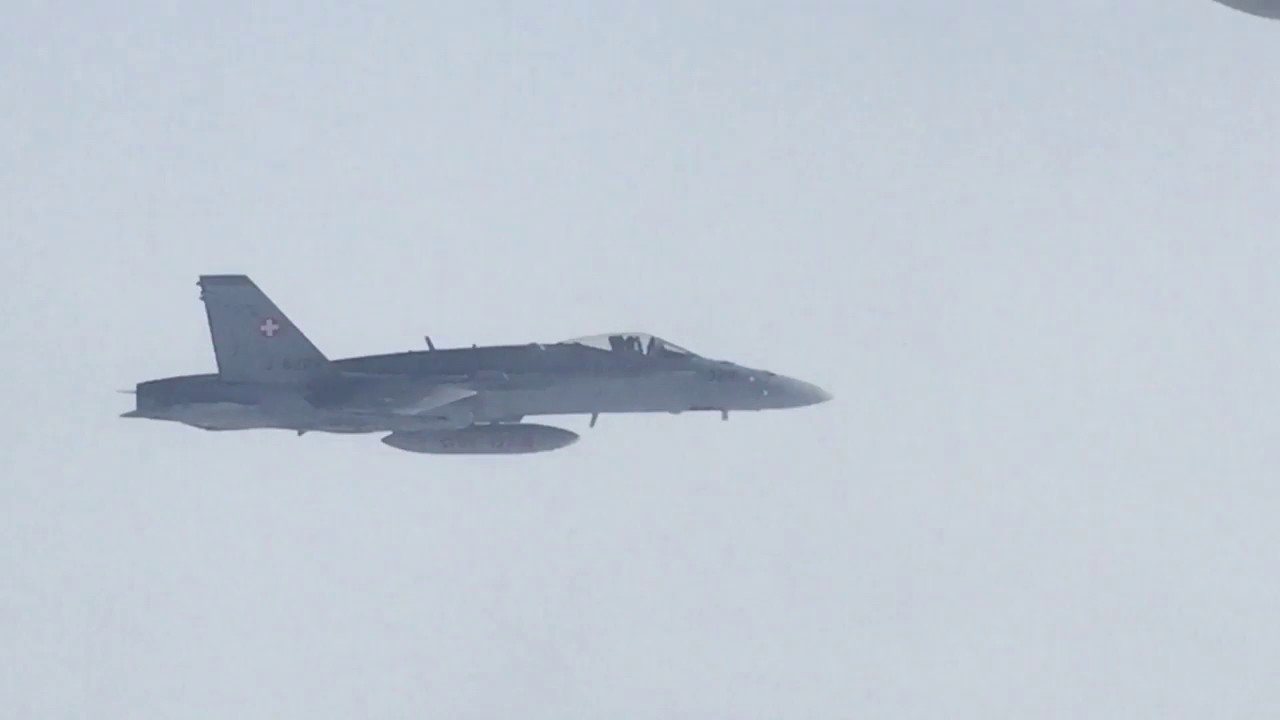 A Russian plane heading to the APEC summit in Peru was intercepted by Swiss fighter jets as soon as it entered the country’s airspace, journalists on board said.

The video from aboard the Russian plane was posted online by one of the passengers, with Swiss military insignias clearly visible on the escorting plane in the footage.

The F/A-18 escorted the plane for 10 minutes, until the Swiss border.

The plane with the journalists onboard has landed in Lisbon, Portugal, for a scheduled refueling.