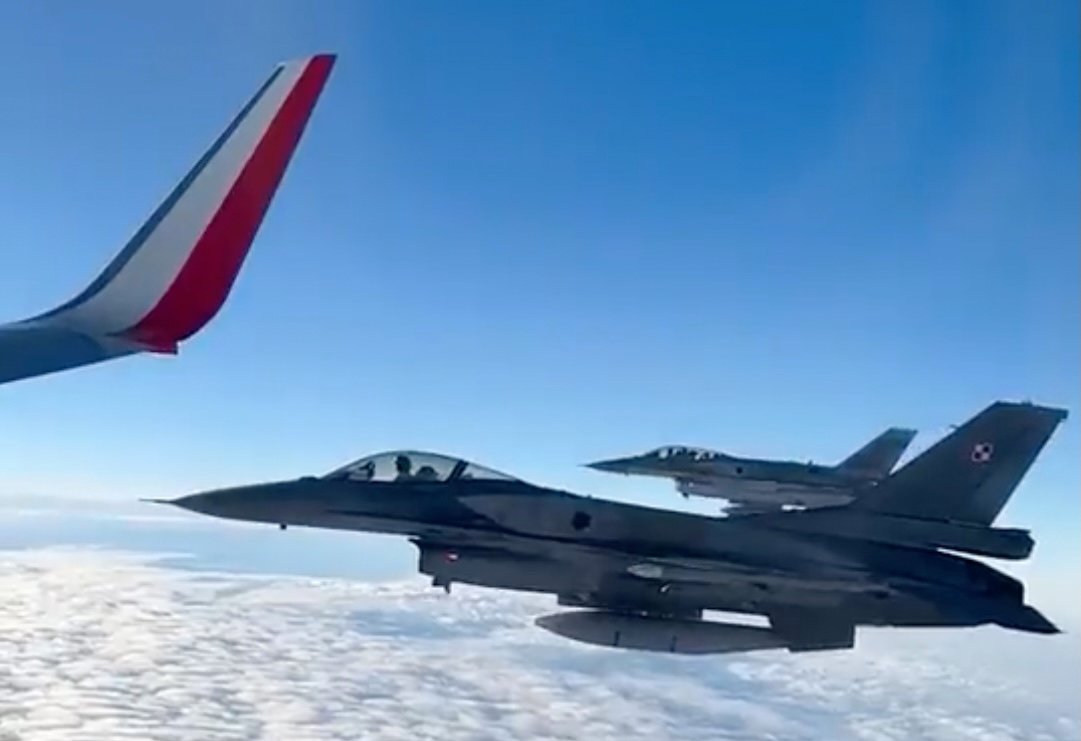 ‘We were escorted to the southern border of Poland by F16 planes!’ the Twitter account for the national team posted yesterday. Thank you and greetings to the pilots!’

‘Republic of Poland’ was written down the side of the passenger plane. Its tail wing was adorned with images of historic figures of Poland, with the dates 1918 – 2018. In Polish, a message read: ‘100th anniversary of regaining independence of Poland’.

Video also showed the national team posing for a farewell photograph with staff before boarding the plane. Footage, shot through a window of the passenger jet, showed the two fighter jets flying along-side.

Poland qualified for the World Cup from the same group as England, finishing six points behind them in second place.