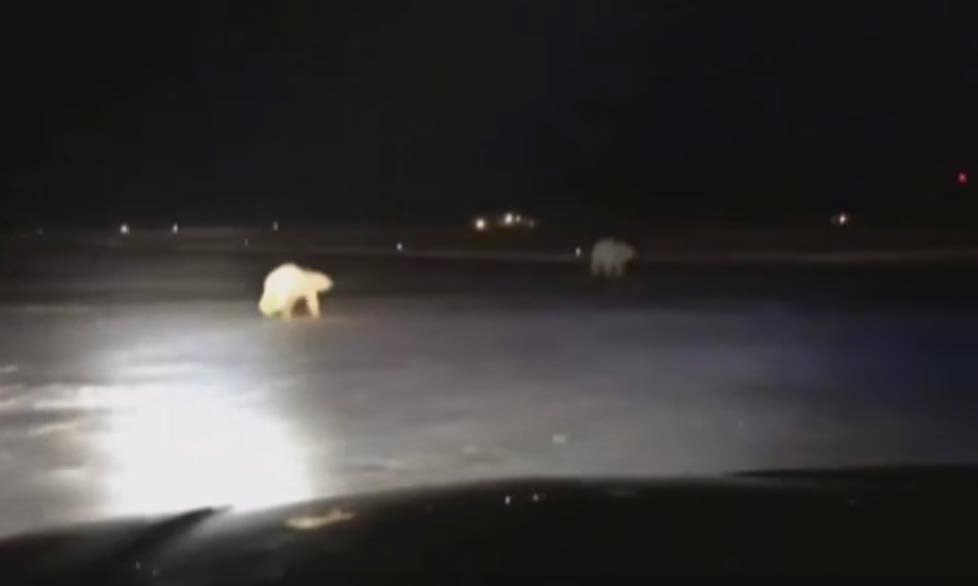 Scott Babcock was wrapping up an early morning runway inspection at America’s farthest north airport when he saw what he thought were a couple of wolves.

He took a closer look through his headlights Thursday and saw something bigger and badder.

“Well, it’s just another day at the Will Rogers-Wiley Post Memorial Airport,” Babcock says as the bears scamper off.

If someone walked out of building and was trapped between a polar bear and a fence, “things could get real ugly real fast,” he said.