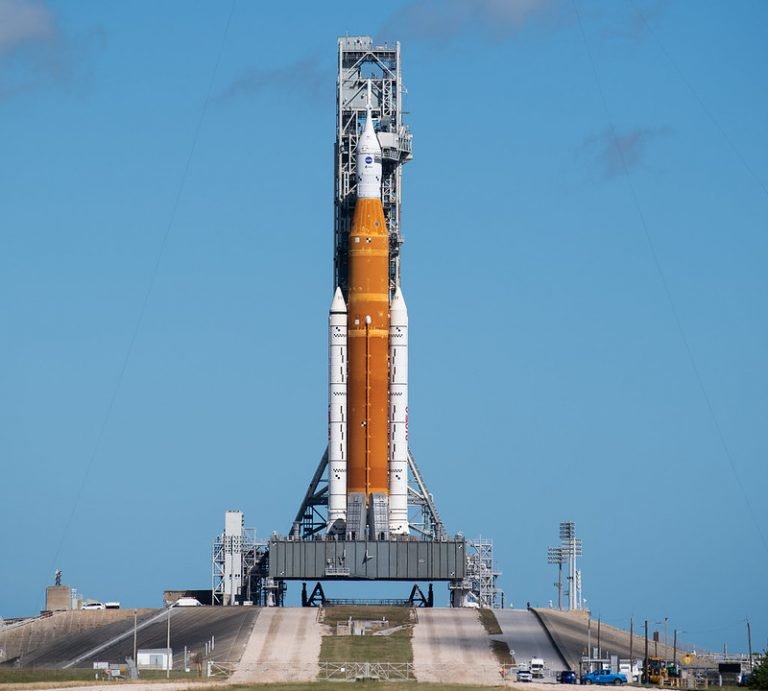 Teams conduct check-outs, preparations ahead of next Artemis I launch attempt.

NASA continues to target launch of its Artemis I mission from the agency’s Kennedy Space Center in Florida at 1:04 a.m. EST, Wednesday, Nov. 16. There is a two-hour launch window for the agency’s first integrated flight test of its Space Launch System (SLS) rocket and Orion spacecraft.

Teams conducted thorough assessments at Launch Complex 39B beginning Thursday evening, closely inspecting SLS, Orion, mobile launcher, and other pad-related assets to confirm there were no significant impacts from Hurricane Nicole, which made landfall more than 70 miles south of the launch pad.

The physical inspections augmented remote monitoring via sensors and high-resolution cameras performed during the storm by a team in a safe location at Kennedy.

Space Launch System engineers have performed detailed analysis to confirm the sustained and peak winds experienced during the storm have no adverse effect on the structural strength of the rocket. While varying peak winds were measured by sensors at different heights at the pad, all measurements remained below 75% of SLS design limits, which also are intentionally conservative. Data from testing with actual hardware during the structural test series and modal testing, as well as other evaluations and modeling, provide confidence there is margin beyond the design ratings.

As part of normal launch preparation, engineers are in the process of powering up rocket and spacecraft elements to confirm all systems are healthy. Powered health checks will continue until Saturday.

Engineers plan to conduct the standard final software and hardware-related tests required before launch, on Sunday. The Artemis I mission management team will convene Sunday afternoon to review the preparations for launch.