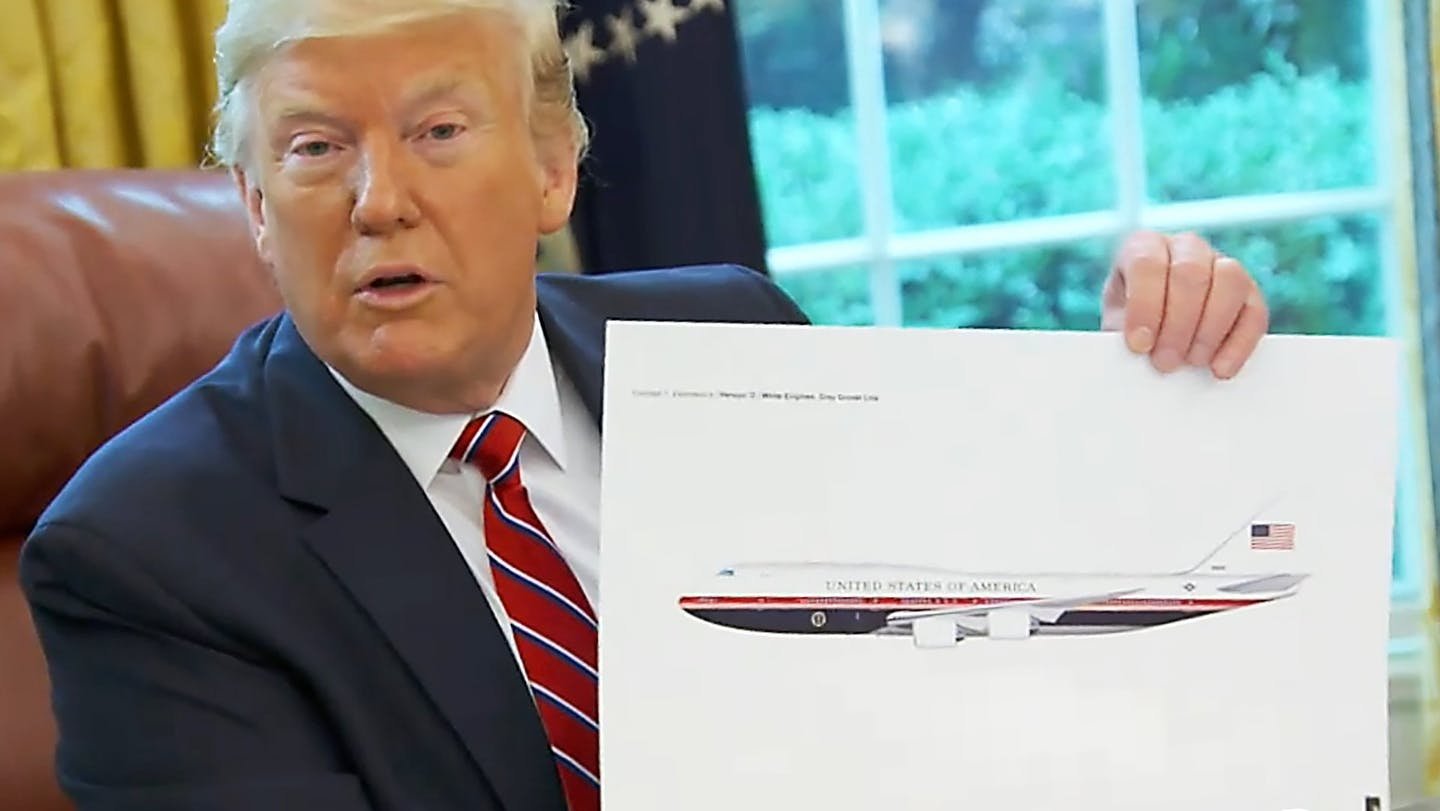 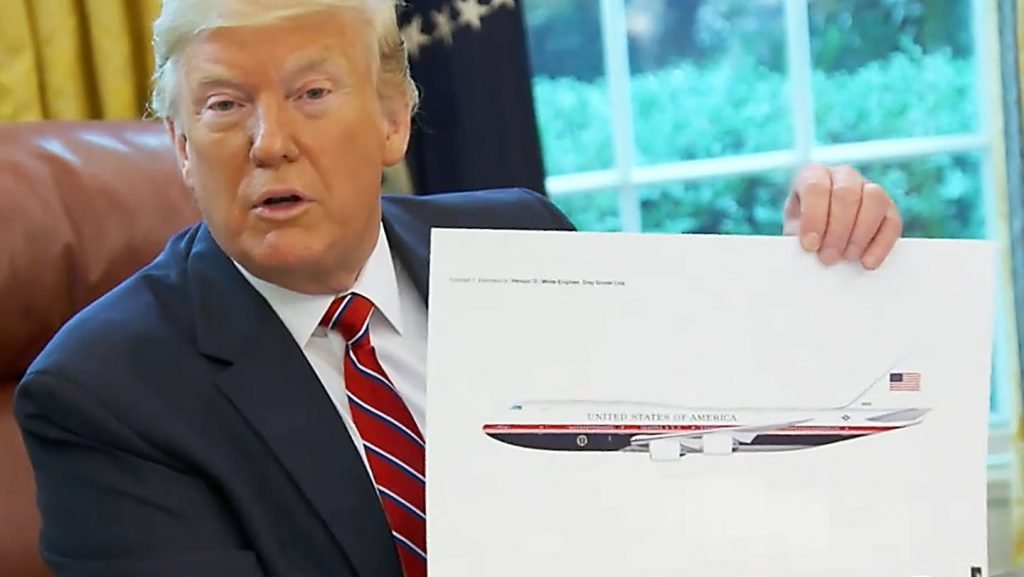 US President Donald Trump has revealed the renderings of the redesign of the presidential aircraft fleet, known as Air Force One.

The new design, which Mr Trump showed in an ABC interview, trades in the iconic baby blue and white exterior for more patriotic colours.

“There’s your new Air Force One,” he said, holding up the drawings of the red, white and blue planes. 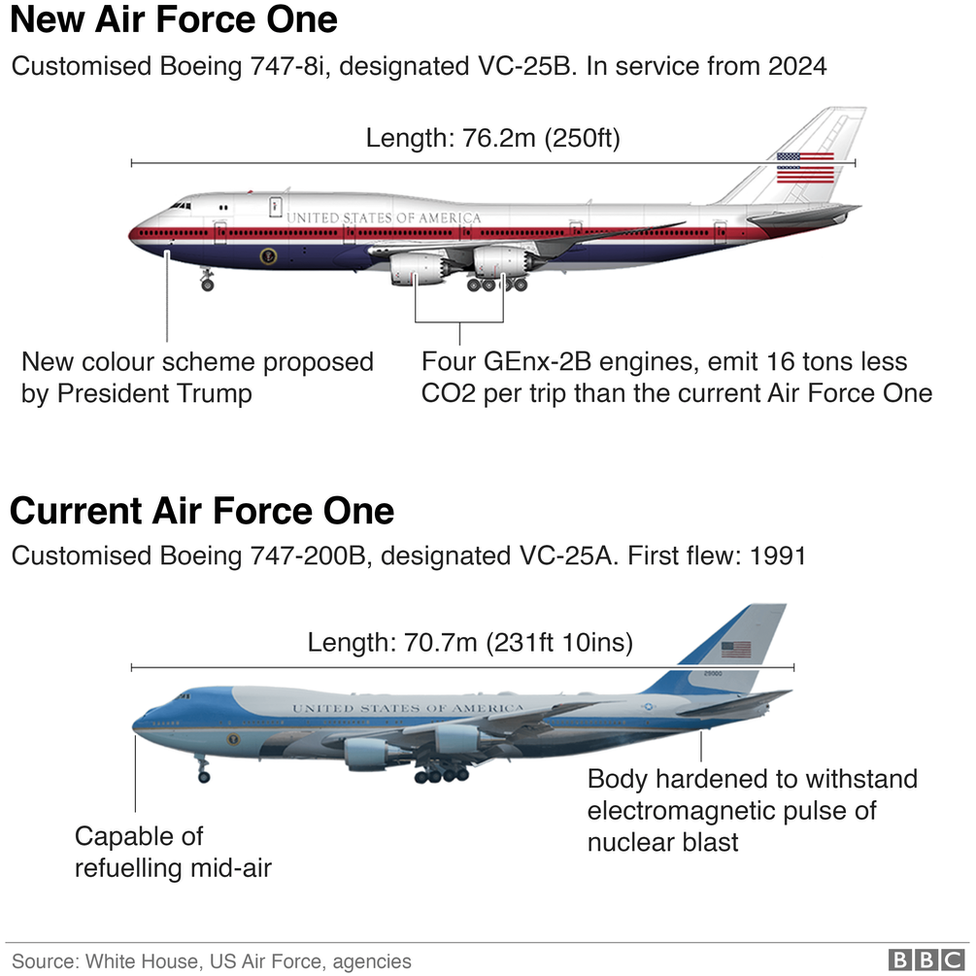 The revamp would be the first since President John F Kennedy was in office.