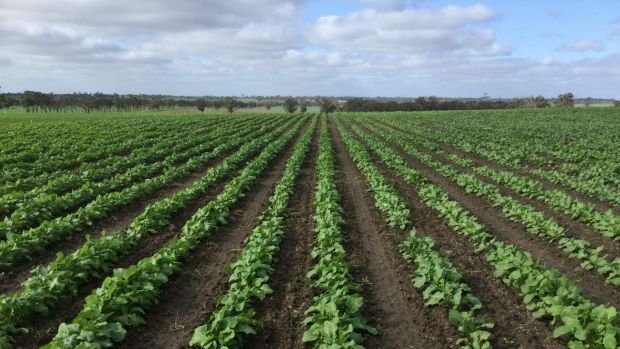 The Sydney Morning Herald has exclusively reported that Qantas will be using oil derived from mustard seeds for it’s bio-fuel flight between Australia and LA. The trial will be done on one of the new B787-9s. The move will cut carbon emissions by 20%.

The trial involves a partnership with Canadian company Agrisoma Biosciences with the mustard seed been successfully grown in both Queensland and South Australia in a trial with the University of Queensland. The seed used is Brassica Carinata (Ethiopian Mustard). The partnership with Agrisoma will see them develop a commercial crop of the seeds in Australia by 2020. Qantas plans on growing 400 000 hectares of the seed in order to produce 200 million litres of bio-jetfuel. Qantas currently uses 4.8 billion litres of fuel a year.

The seed can be grown on land not normally used for food crops, or planted after food crops have been harvested.

Virgin Australia will commence a 2 year bio-fuel trial next year at Brisbane Airport in partnership with American company Gevo Inc. Qantas had previously announced it’s planes from LA will use bio-fuel from American company SG Preston from 2020. All flights between LA and Australia currently use tiny amounts of bio-fuel as it is mixed in with United Airlines fuel supply at LAX.