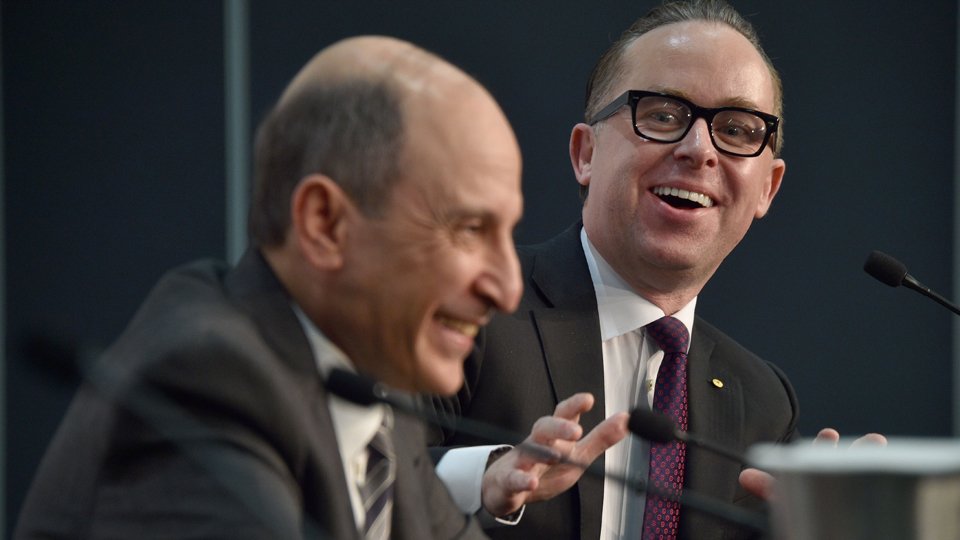 Akbar Al Baker, the CEO of Qatar Airways drew audible gasps on the last day of the IATA conference in Sydney.

When asked by a journalist what could be done to help combat a lack of women in aviation in the Middle East, he replied, “Of course, it has to be led by a man, because it is a very challenging position.”

The quote came after Mr Al Baker became chair of IATA. Qantas CEO Alan Joyce and IATA Director Alexandre de Juniac were also at the Q&A session with reporters. At the beginning of the session he had promised not to make any controversial statements since he took the IATA Chairperson role seriously.

The reporter asked, “What are some of the resolutions, some of the ideas, that IATA will try to bring to the forefront, to have more women represented in airlines? And can you address specifically how that will pan out in the Middle East, where according to IATA figures, that’s the lowest representation of women?”

The journalist responded, “Well, certainly it’s being led by a man?”

That’s when Mr Al Baker replied, “Of course, it has to be led by a man, because it is a very challenging position.”

The audible gasp from the crowd as @qatarairways GCEO and @IATA Chairman Akbar Al Baker “jokes” only a man can be a CEO is amazing. Listen for yourself. @Qantas CEO Alan Joyce cutting him off was both good and bad, I suppose. #IATAAGM #iawa @WomenInAviation @WomenOfAviation pic.twitter.com/rrrFND3G5E

The response from the crowd prompted Mr Joyce to step in saying, “Akbar said he was going to stop saying controversial things. He lasted 10 minutes — 10 minutes. Is that all we’re going to get out of him. Ten minutes. Sorry Akbar.”

Mr Al Baker replied, “You know, I have to put a little bit of fireworks around to motivate people to ask more questions. You answer her, I will keep quiet.”

H.E Mr. Akbar Al Baker: I would like to offer my heartfelt apologies for any offence caused by my comment yesterday, which runs counter to my track record of expanding the role of women in leadership throughout the Qatar Airways Group and has been sensationalised by the media. pic.twitter.com/M07Wczk08B

“I would like to offer my heartfelt apologies for any offence caused by my comment yesterday, which runs counter to my track record of expanding the role of women in leadership throughout the Qatar Airways Group and has been sensationalised by the media. Women comprise almost half (44 per cent) of our work force, and the dedication, drive and skill they bring to their jobs tells me that no role is too tough for them, at all levels of the organisation.

“Qatar Airways firmly believes in gender equality in the workplace and our airline has been a pioneer in our region in this regard, as the first airline to employ female pilots, as one of the first to train and employ female engineers, and with females represented through to senior vice president positions within the airline reporting directly to me.

“Qatar Airways is made stronger by its female employees for whom I hold nothing but the highest regard. I support all IATA initiatives to promote the advancement of women in our industry, and I am a strong advocate for these and will continue to be moving forward.”

Mr Al Baker also sits on the board of Heathrow.