#QF171 diverts to RNZAF base, passengers kept onboard for hours 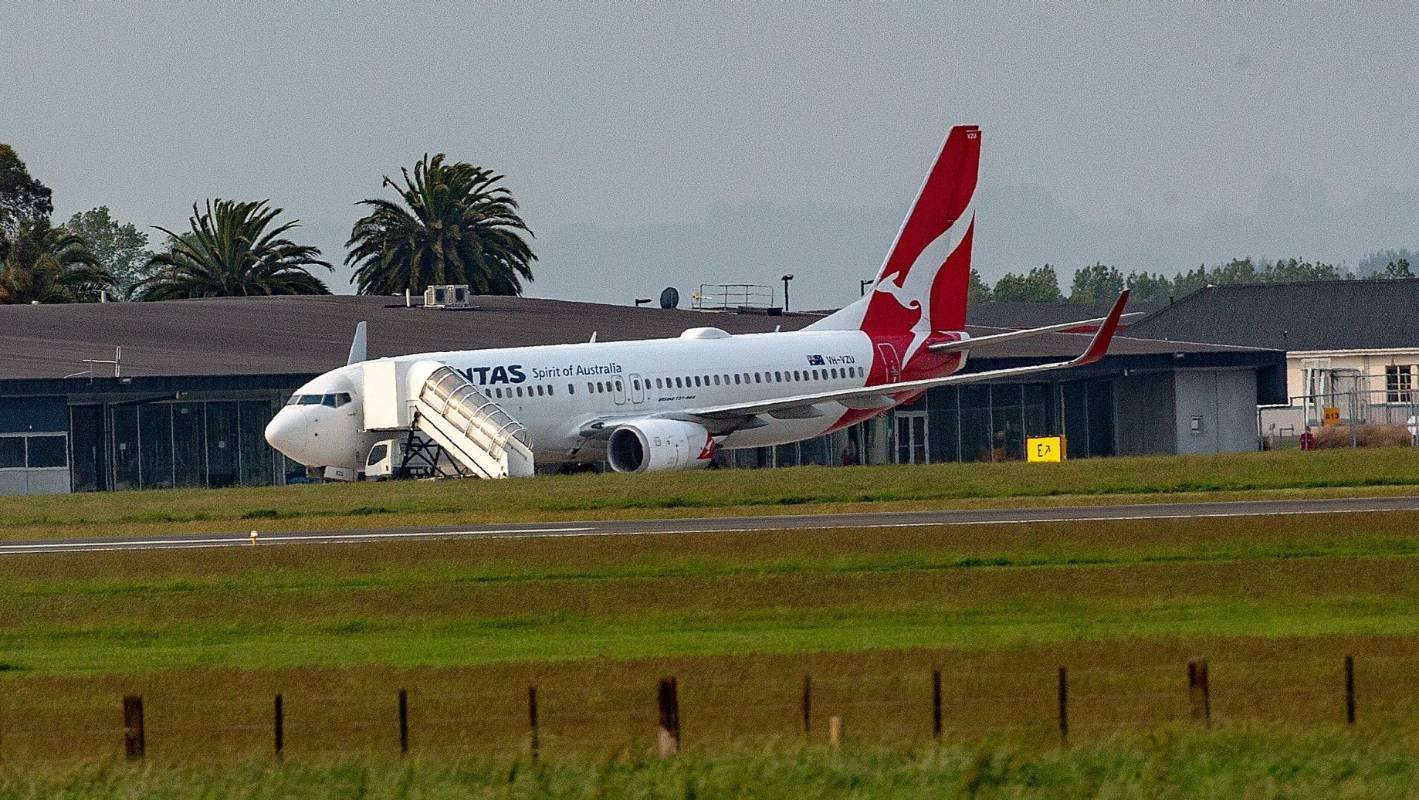 Qantas flight 171, a Boeing 737, from Melbourne to Wellington made an emergency landing at Royal New Zealand Air Force (RNZAF) Base Ōhākea on Saturday.

According to passenger accounts on social media the aircraft was full. Passengers also report the diversion was due to flap issues with the Wellington runway not long enough to accomodate the emergency landing. The aircraft landed just after 3:00pm New Zealand time. Passengers were kept onboard until 7:00pm. Passengers also complained of no air conditioning and no food, with the last food service at 11:00am. The delay in deplaning was due to a lack of Customs presence at the base.

Awkward when your international flight gets diverted to an air base, and they can’t let you off the plane because there’s no customs @Qantas @nzherald

The passengers were able to deplane from 7:00pm with Customs officials arriving from Wellington and Napier. Customs screening was finished by about 8:00pm acording to Newshub. Stuff reports that passengers were bussed to Wellington at about 8:40pm, a journey expected to take about 2 hours.

#QF171 Can’t leave plane because no customs, can’t fly plane as broken, can’t get replacement plane (easily at least) as at air base. A difficult problem to solve @Qantas! @nzherald @NZStuff @radionz

The New Zealand Herald quotes UK passenger Lisa Blatch, on a 40 hour flight from Gatwick, saying, “There’s baby in arms on the plane, people with young families. It’s been two hours now. The plane is full. They’ve only just been able to open one of the front doors to let some air in to cool people off. Got to say the staff have been fantastic. The last we heard was the customs may be bussed up here from Wellington but we were told that about 10 minutes ago with an ETA of 7pm.”

Buses are confirmed, hallelujah! And @qantas you should definitely consider bonuses for the herculean efforts of the crew in here. Lending their own mobiles to make calls to family is going above and beyond. Shame about the company prep and response though.

Group Manager Board of Operations New Zealand Customs, Terry Brown, told Newshub, “We needed to divert staff from the Napier office to attend, so obviously there’s a timelapse before they can get there physically. We did look to pre-clear the passenger process, we have pretty advanced information systems around the passengers that are on board the aircraft so were able to do that.”

A Qantas spokesperson told media, “The aircraft diverted to Ohakea due to a mechanical issue where it landed safely. We apologise to our customers for the disruption, but safety will always be our first priority. Usually in these circumstances the aircraft would divert to Palmerston, however this was not possible due to local weather conditions.”