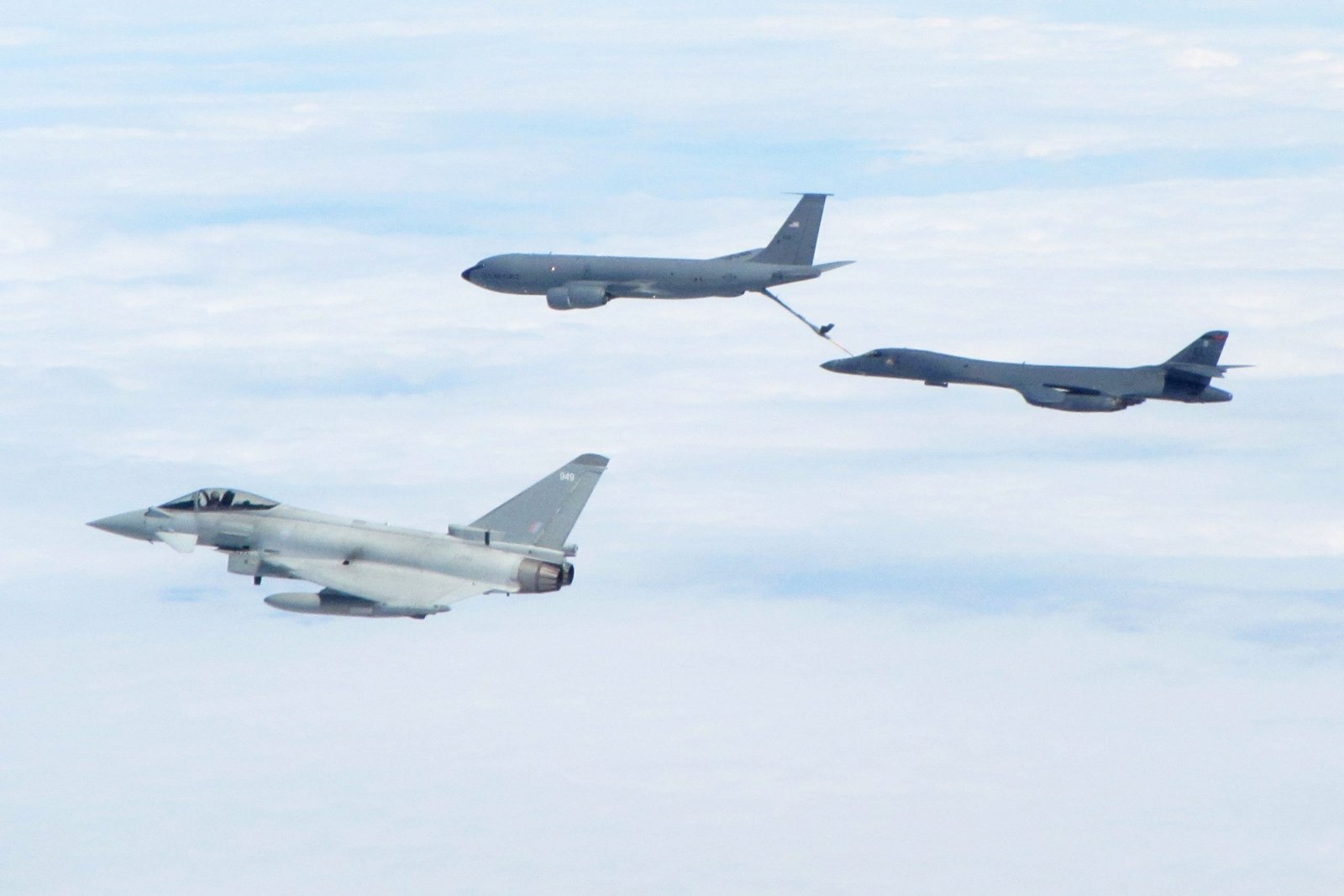 Typhoon fighter aircraft based at RAF Lossiemouth have carried out a training sortie with a US B1B Lancer bomber over the North Sea.

The US B1B Lancer bomber was conducting a long-range nonstop training sortie from the United States to mainland Europe and back. During the flight, Typhoons from 1(F) Squadron, escorted the US bomber over the North Sea, as it conducted Air to Air Refuelling prior to its return to the US across the Atlantic.

This training sortie was part of regular training activities by the RAF with the US Air Force and our NATO Allies. The B-1B Lancer is a part of the 28th Bomb Wing, based at Ellsworth Air Force Base, South Dakota and was refuelled by a KC-135 Stratotanker from the 100th Air Refuelling Wing, which is based at RAF Mildenhall, Suffolk. 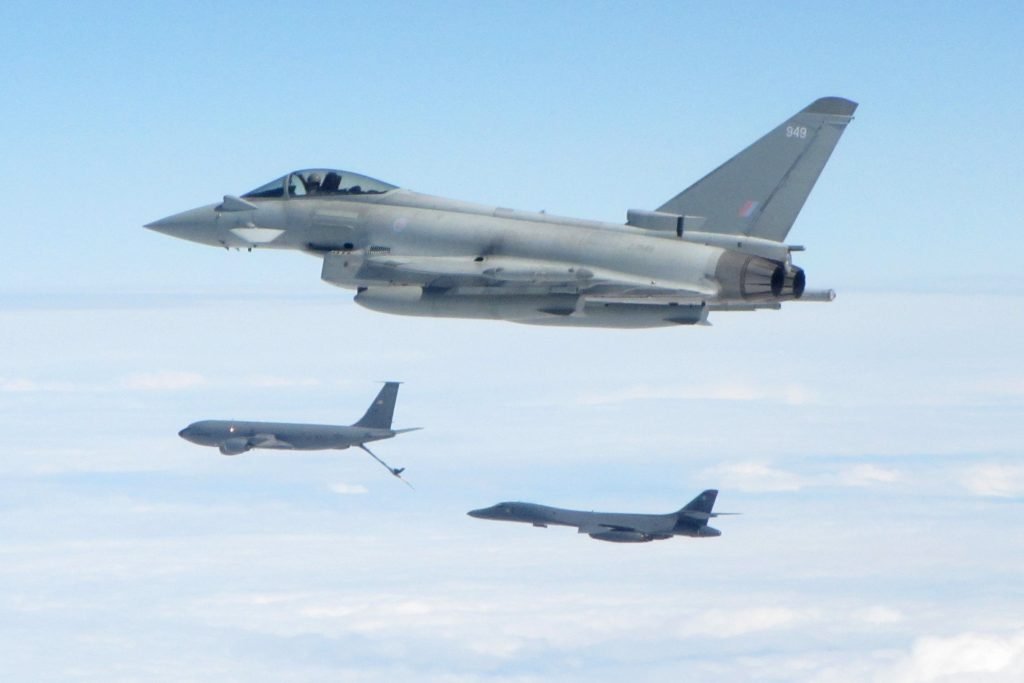 The US sortie also included integration and interoperability training with Polish F-16s and MiG-29s joining the B1B to overfly Warsaw and then escort the bomber in an overflight of Latvia and Lithuania. The Polish fighters then handed over to Danish F-16s to overfly Bornholm Island, Denmark, before the RAF Typhoons picked up the US Bomber over the North Sea.