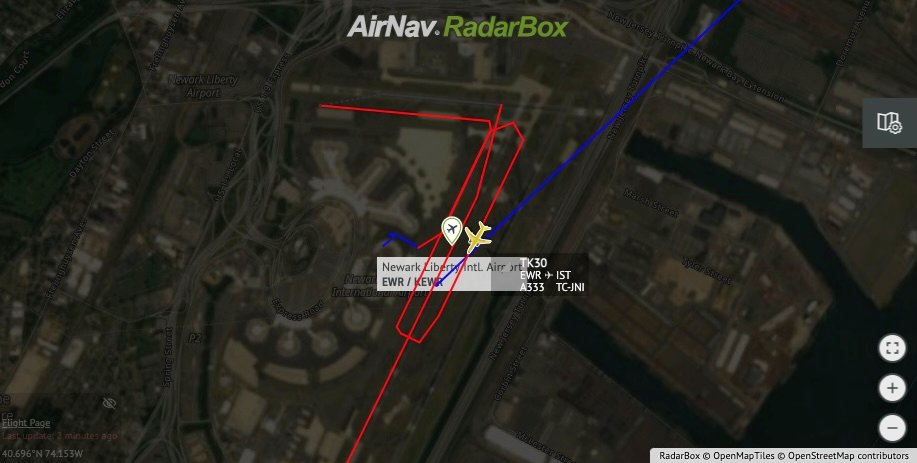 A Turkish Airlines A330-300 mistakenly attempted to take off from a taxiway at Newark Airport.

A Turkish Airlines Airbus A330-300 rejected takeoff at Newark KEWR when the tower controller realized flight #TK30 was on a taxiway between runways 22L & 22R.

The aircraft (reg. TC-JNI) lined up taxiway parallel of runway 22R and reached over 80 kts when the tower alerted the crew.

According to The Aviation Herald, the crew rejected takeoff and slowed down about 1400 meters/4600 feet down the taxiway.

Flight #TK30 departed one hour after the incident from runway 22R. It landed 9 hours later at Istanbul without incident.