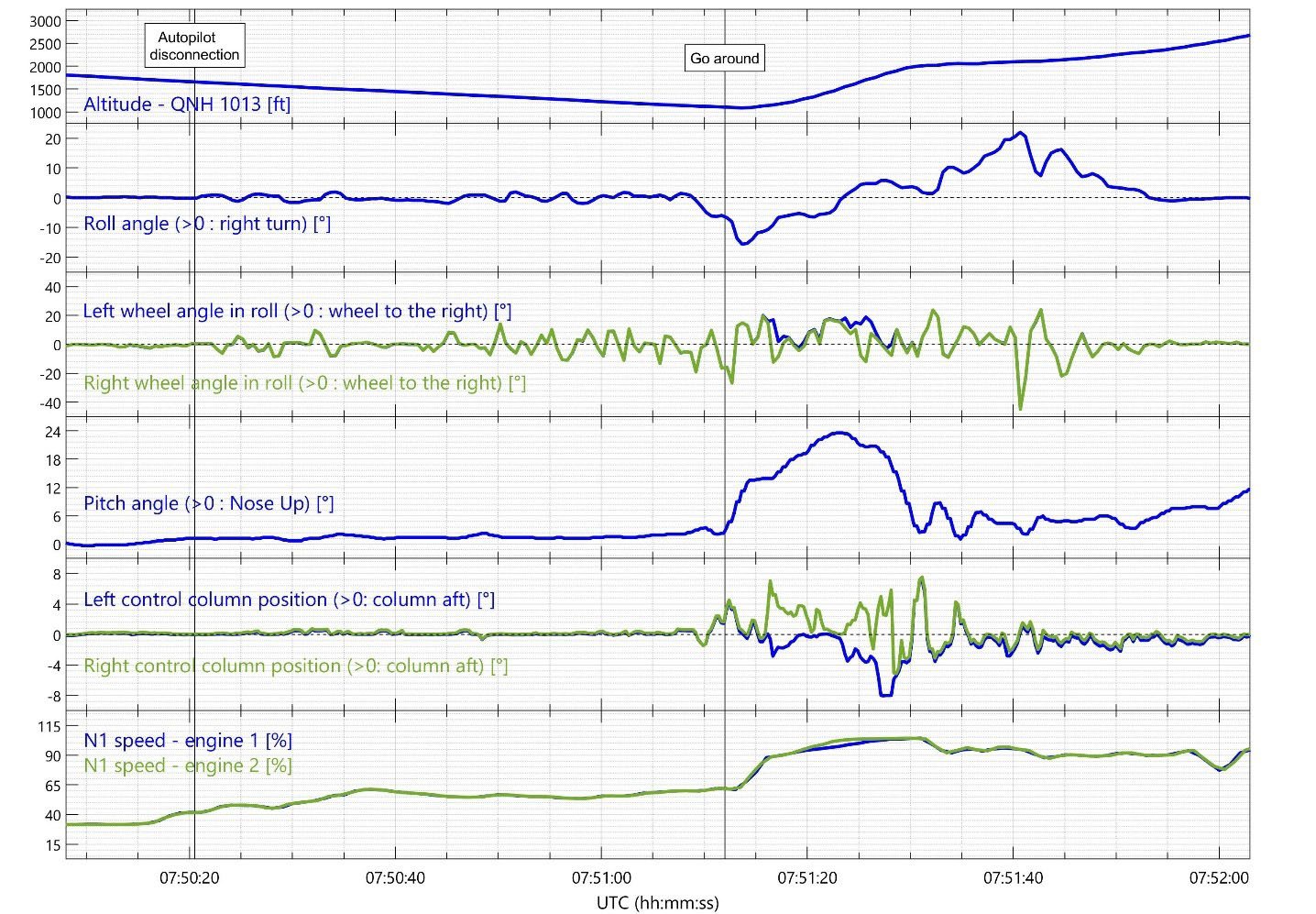 On March 5, pilots of Air France flight AF11 reported a serious issue with commands on final approach to Paris.

The Boeing 777 (reg. F-GSQJ) was on approach to runway 26L when the crew reported an issue. Pilots said ‘the plane didn’t respond to the commands’ and started to deviate to its left.

The Bureau of Enquiry and Analysis for Civil Aviation Safety (BEA) has issued a press release yesterday saying the two pilots simultaneously made inputs on the controls.

The reports also says that no anomaly was observed on the aeroplane.

Here is the full report:

On Tuesday, 5 April 2022, the Boeing 777 registered F-GSQJ, operated by Air France, was programmed to carry out a scheduled flight AF011 between New York JFK and Paris Charles de Gaulle. Fifteen crew members (2 flight crew, 13 cabin crew) and 177 passengers were on board. Take-off was at 01:161 . The captain, in the left seat, was the PM2 , the co-pilot, in the right seat, was the PF3 . During the descent, the crew prepared for an ILS4 approach to runway 26L. The meteorological conditions were the following: wind 230, 8 kt, visibility 3,000 m, cloud ceiling 300 ft, temperature 9° C, QNH 1013. On final, the aeroplane was established on the localizer and glideslope ILS beams. At 07:49, the crew were cleared to land. They configured the aeroplane for landing, the selected speed was 140 kt. The crew then carried out the “Landing” checklist. At 07:50:20, when the aeroplane was at an altitude of 1,670 ft5 , the PF continued the approach in manual flight: he disconnected the autopilot (AP), leaving the auto throttle (AT) and the flight directors (FD) activated. He then made inputs on the controls for around 15 seconds. The aeroplane followed the movement of the controls and stayed on the ILS path, the left and right roll being less than 2°. In the subsequent ten seconds, there were less inputs on the wheel. The co-pilot than made inputs on the control column and wheel with a greater frequency, the amplitude was still small, the aeroplane followed the commands, the left and right roll being less than 3°. At 07:51:06, the co-pilot expressed his astonishment with respect to the aeroplane’s bank angle. The roll inputs were amplified and the average position of the wheel was at around 6° to the left. The aeroplane turned left with a small bank angle. The captain voiced his surprise with respect to the deviation from the flight path. At 07:51:12, when the aeroplane was at an altitude of 1,115 ft, banked 7° to the left, with the wheel oriented 16° to the left6 , the crew carried out a go-around7 . Up until the go-around, the flight path had remained within the operator’s stabilization criteria. The recorded parameters show that the two pilots then simultaneously made inputs on the controls.

In the following second, the position of the wheel reached a maximum value of 27° to the left. One second later, the roll reached a maximum value of 15° to the left and the nose-up attitude was 12°. At 07:51:16, the captain commented that the plane was going left. The control columns were then desynchronized8 for 14 seconds due to opposing forces. The captain held the control column in a slightly nose-down position while the co-pilot made several, more pronounced, nose-up inputs. Two brief episodes of wheel desynchronization were also observed. At 07:51:20, the go-around switches were pushed again increasing the thrust to the maximum thrust available. At 07:51:23, the pitch reached a maximum value of 24°. At 07:51:25, the co-pilot called out “Positive climb” and retracted the landing gear. The configuration warning was displayed9 and the associated aural warning (siren) sounded. The two pilots continued to simultaneously make inputs on the controls. The captain made more pronounced nose down inputs for a few seconds. At 07:52:06, the captain was the sole person making inputs. The crew completed the go-around actions. The crew analysed the situation without perceiving the antagonistic inputs made on the controls and the desynchronizations of the control channels. They considered that they could use the AP again and carry out a new approach. The co-pilot became the PF again. The captain informed the controller that there had been a problem on the flight controls and asked to join the final for runway 27R. The approach and landing took place without further incident. The sustained input on the controls led to the PTT button and the AP disconnect switch being involuntarily pressed, the latter action causing several activations of the associated warning. No failure warning was activated during the occurrence10. No anomaly was observed on the aeroplane. At this stage, the analysis of the parameters does not show inconsistencies, in particular between the movements of the controls and the movements of the aeroplane. The validation and the analysis of the parameters are continuing. Particular attention will be given to reproducing the forces applied to the controls and to the relationship between these forces and the movements of the controls.