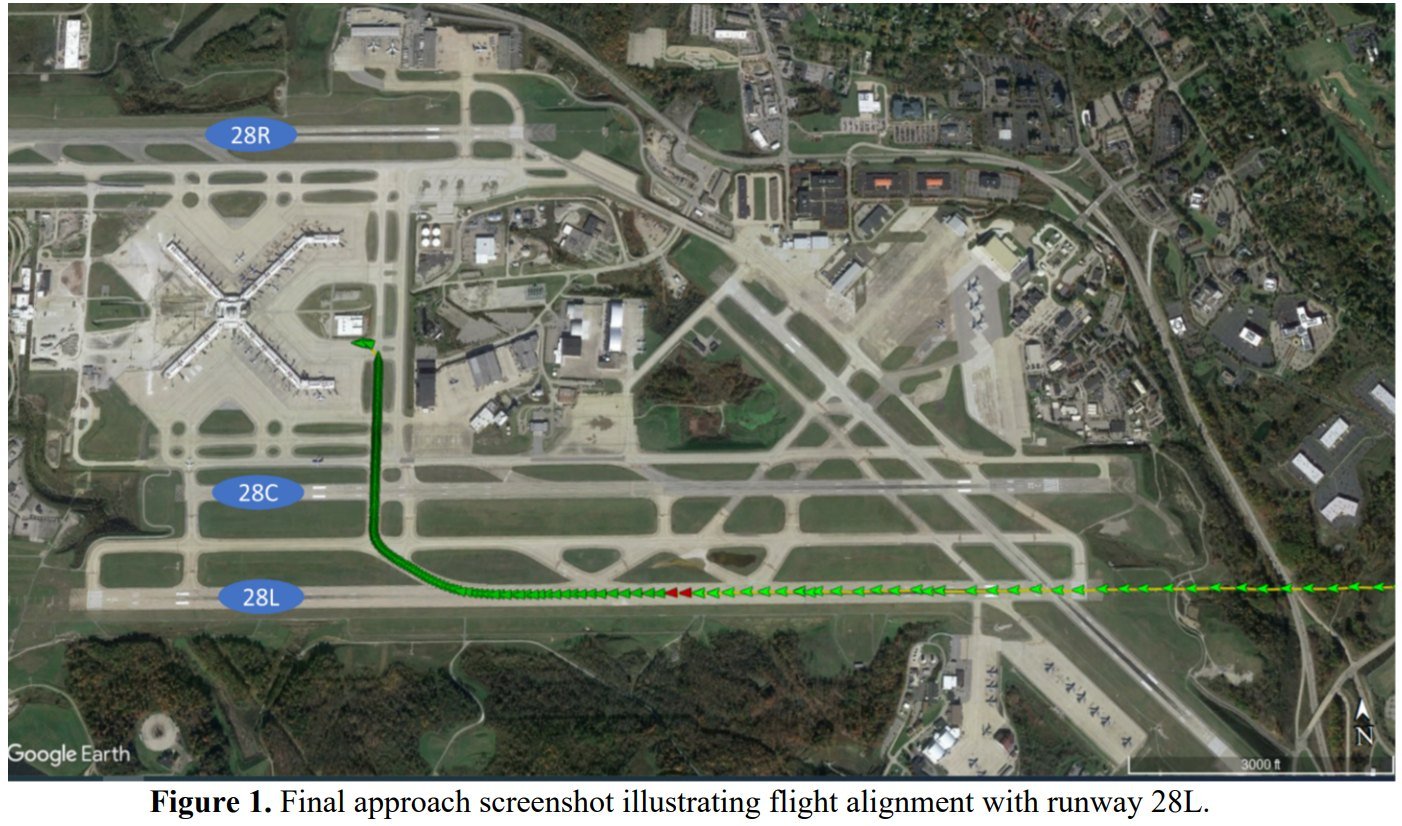 On June 21, 2022, at 0944 eastern daylight time (EDT), United Airlines Flight 2627, a Boeing 737-9 Max, N37513, was cleared for a visual approach and landing on runway 28C at the Pittsburgh International Airport (PIT), Pittsburgh, Pennsylvania, but instead lined up with and landed on runway 28L. None of the 174 occupants aboard the airplane were injured and the aircraft was not damaged. The regularly scheduled passenger flight was operating under the provisions of Title 14 Code of Federal Regulation Part 121 from the Chicago O’Hare International Airport (ORD), Chicago, Illinois to PIT.

ADS-B data indicated that the incident airplane took off from ORD at about 0845 EDT. The flight crew reported that the departure, takeoff and climb phases of flight were normal. Because this was a short flight, the flight crew began setting up for the arrival and approach. They obtained and reviewed automatic terminal information service (ATIS) information which indicated a RNAV GPS Y 28C approach into PIT. Before the top of descent, they programmed this information into the flight management computer (FMC).

While being radar vectored on the downwind and descending through about 4,000 feet Mean Sea level (msl), the flight crew indicated that they had a check landing altitude message displayed briefly on the FMC. After the message disappeared and with the autopilot engaged, the aircraft reverted to control wheel steering pitch mode. They selected level change and reselected the autopilot to command mode.

The airplane began its descent at about 0918 EDT, and as they were descending, approach control asked them if they could accept a visual approach to runway 28C. The weather was clear, and the winds were 250 degrees at 4 knots, so they accepted the runway change. The first officer then re-programmed the FMC for the RNAV GPS Y 28C to back up the visual approach.

About 0944 EDT, the airplane landed on runway 28L, turned right off the runway, and exited runway 28L at taxiway F5. The controller noticed the airplane was lined up for runway 28L when it was on short final but decided that it was more appropriate to allow the airplane to land given their altitude. The facility reported that the traffic volume was light with routine complexity. The distance from the airport traffic control tower to the runway 28C threshold was approximately 7,500 feet.