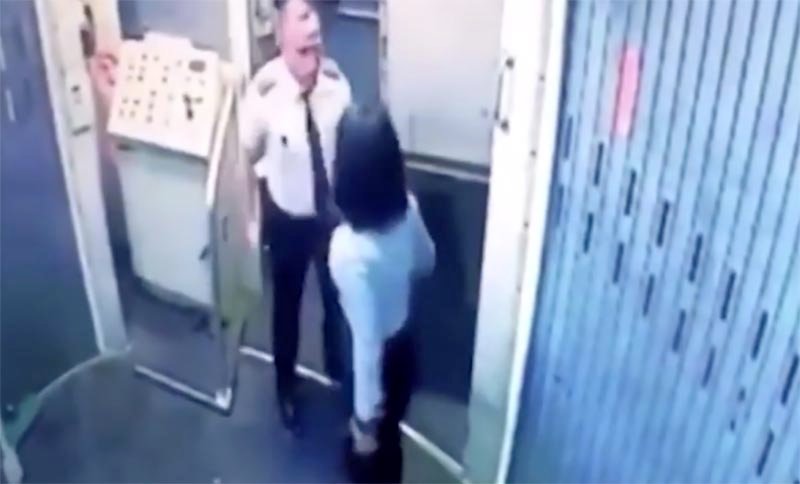 The clip was filmed on September 14 shortly after the flight landed at Denver Airport. A male pilot getting into an altercation with  a female co-worker.

Police say it was a lover’s quarrel. In the video, the Republic Airways pilot walks up to his former girlfriend and appears to spit at her.

She then slaps him. The pilot then appears to punch her in the stomach and hit her in the face. It happened on a jetway at the airport in Denver.

The airline says both were fired.