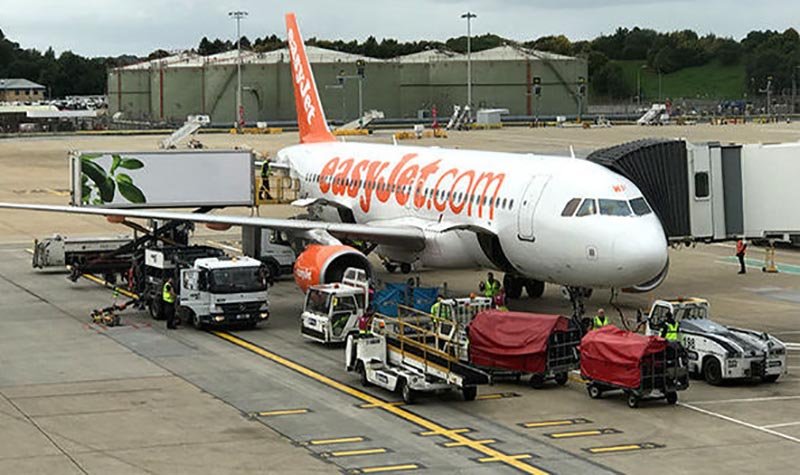 An easyJet passenger who was an injured retired doctor was forced off a plane by armed police officers when flying to London over a disagreement regarding a booked seat with extra legroom.

He travelled to Amsterdam from London Gatwick to seek treatment for a medical condition that made it difficult for him to walk easily.

Last year, he contracted multiple sclerosis-like erythromelalgia and was abroad in an attempt to investigate the rare illness.

When returning from Amsterdam, Dr Smith had paid £27 for a seat with extra legroom due to his injury.

When boarding he discovered his seat had been taken, which was when the disagreement took place.

After complaining his front row seat, 1E was occupied, he told the Sun the captain said: “I don’t like your attitude. You have to get off the plane.”

Police armed with machine guns then boarded the plane. Dr Smith told the newspaper: “One said to me ‘are you going to resist?’ I replied ‘do I look as though I am capable?’”

He was then taken off the plane by the police and forced to take a flight to London the next day.

However, the airline has refuted his claims and said that Dr Smith had become abusive during the altercation.

A spokesman said to the Sun: “After changing Dr Ramsay Smith’s flight at his request we were unable to assign him the same seat he had selected on his original flight.

“During boarding he was verbally abusive to crew over being unable to sit in this seat.

“The Captain tried to resolve the issue by offering two other alternative seats which he rejected.

“At this point he physically assaulted the cabin manager and police were called to escort him off the aircraft.

“The safety of our passengers and crew is always easyJet’s highest priority and we cannot tolerate abusive or threatening behaviour towards our crew.”