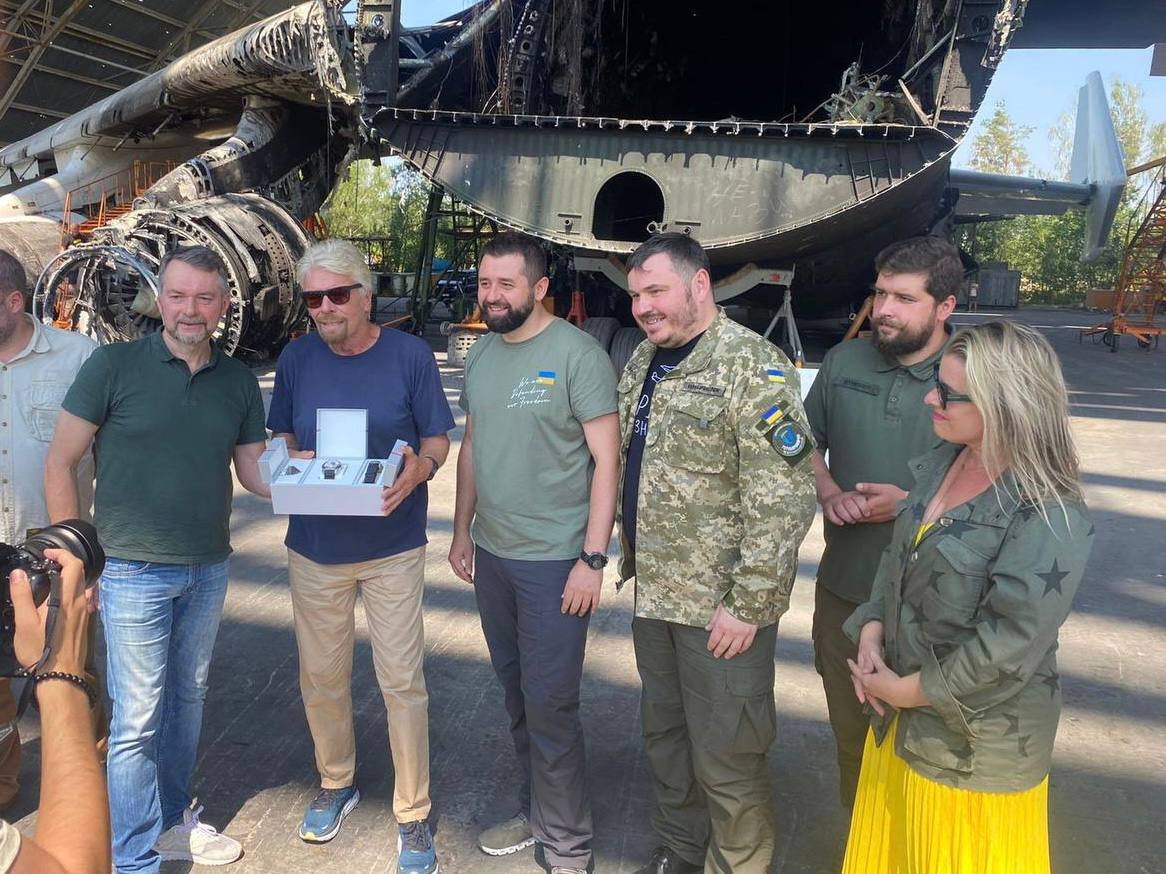 Ukrainian authorities have spoken with the founder of Virgin Galactic, Richard Branson, who is on a visit to Ukraine, the project of a new Mriya aircraft.

“Our An-225 Mriya is a world legend and one of Ukraine’s symbols. It’s the only aircraft of its kind to set 240 world records. Russian occupiers can destroy anything, but our Mriya – never. That is why we are already working on a project to build a new aircraft, which will set many more records after the war. But it will already be updated, based on modern digital equipment that will allow Mriya to become even stronger,” the politician wrote on social media.

The founder of Virgin Galactic, Richard Branson, in Hostomel, Kyiv oblast. Local authorities say, the billionaire was interested in the Antonov airfield, the last resting place of the legendary An-225 Mriya, and possibilities to restore it. pic.twitter.com/Do2pETwkj8

“This issue, as well as our prospects for cooperation in space, were discussed today with Richard Branson,” added the leader of the Servant of the People.