Roll out of the last Boeing 747 ever built 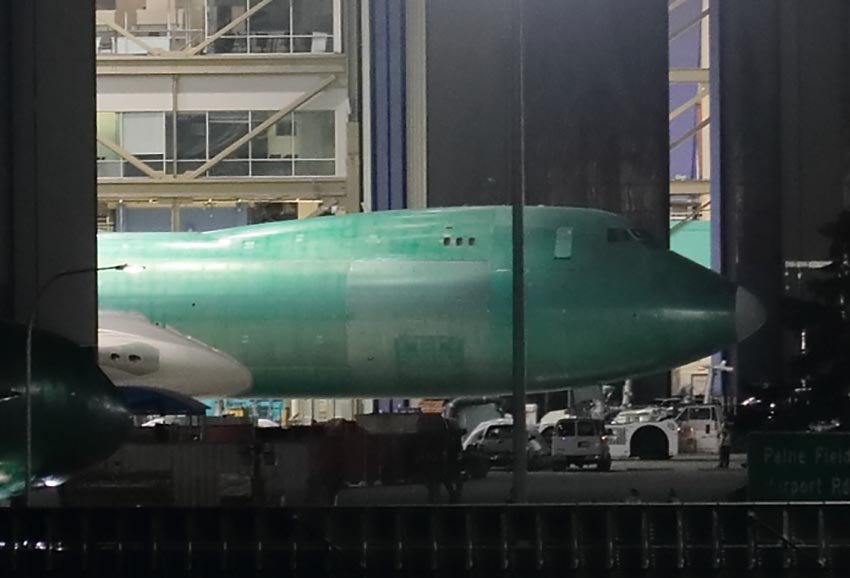 Last night at Everett, a spotter captured a hostoric moment.

The last ever built Boeing 747 has rolled out from the Everett factory in Washington state.

On September 30, 1968, the first 747 was rolled out of the custom-built Everett Plant, the world’s largest building by volume.

The first flight took place on February 9, 1969, and the 747 was certified in December of that year. It entered service with Pan Am on January 22, 1970. The 747 was the first airplane dubbed “Jumbo Jet”, the first wide-body airliner.