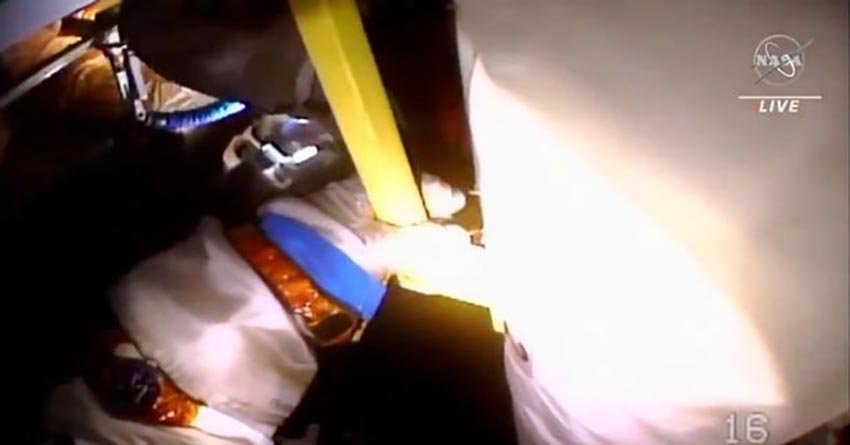 Russian cosmonaut Oleg Artemyev was forced to return to the airlock at the International Space Station after an electrical problem on his spacesuit.

Alongside Denis Matveev, Oleg headed outside the ISS at around 13:53pm on Wednesday to begin a six-and-a-half hour spacewalk.

However, out of the two cosmonauts working on Wednesday, Oleg had to return after an electrical issue on his space suit forced Moscow’s ground control to end the routine space walk early, U.S. and Russian officials said.

The pair had been continuing to dress up the European Space Agency’s robotic arm, which was delivered to the complex last year, when they headed out the Poisk airlock for their six-and-a-half-hour spacewalk.