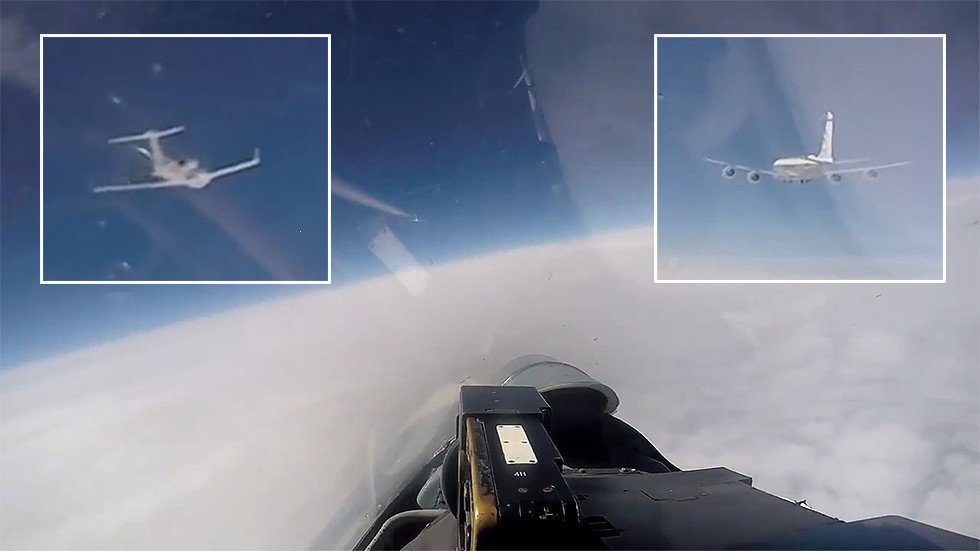 Moscow scrambled a Su-27 fighter jet to closely tail US and Swedish reconnaissance aircraft as they headed towards Russian airspace above the Baltic Sea. The MoD also shared the ‘pilot’s view’ of the escort.

The Russian jet was scrambled on Monday in response to the aircraft approaching the nation’s airspace above the Baltic Sea.

The incoming planes were identified as US Air Force reconnaissance aircraft RC-135 and Sweden’s electronic intelligence-gathering Gulfstream jet. The Su-27 flew at a safe distance from both aircraft, “escorting” them and preventing any violations of Russian airspace, the military said.