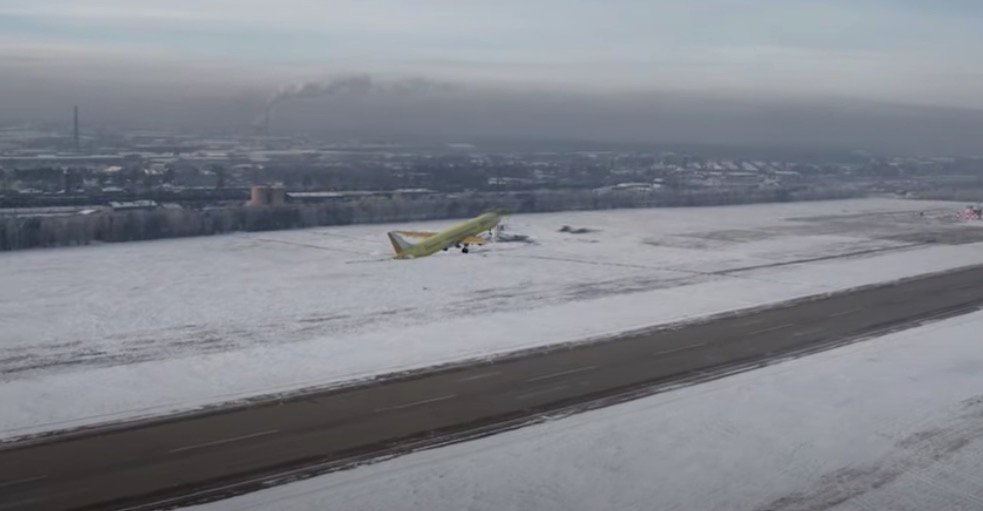 “Through the efforts of scientists, designers, engineers and workers, a next-generation airliner is being created that returns our country to the top league of world aviation,” Rostec head Sergei Chemezov said in a statement.

The flight took off from the Irkutsk Aviation Plant’s airfield and lasted 1 hour and 25 minutes.

Industry and Trade Minister Denis Manturov said that the MC-21’s maiden flight with a Russian PD-14 engine is the result of “a consistent state policy in the development of high-tech industries.”

The MC-21, developed by Rostec subsidiary corporation Irkut, will be produced with both the Russian PD-14 and the U.S.-made PW1400G from Pratt & Whitney.

Prototype models with imported engines are already undergoing test flights, Interfax reported. The start of their serial deliveries has been repeatedly postponed but expected to resume at the end of 2021, according to the latest official data.

Interfax said that U.S. sanctions against the AeroKomposit company that manufactures passenger aircraft parts were blamed for the delayed supply of composite materials.