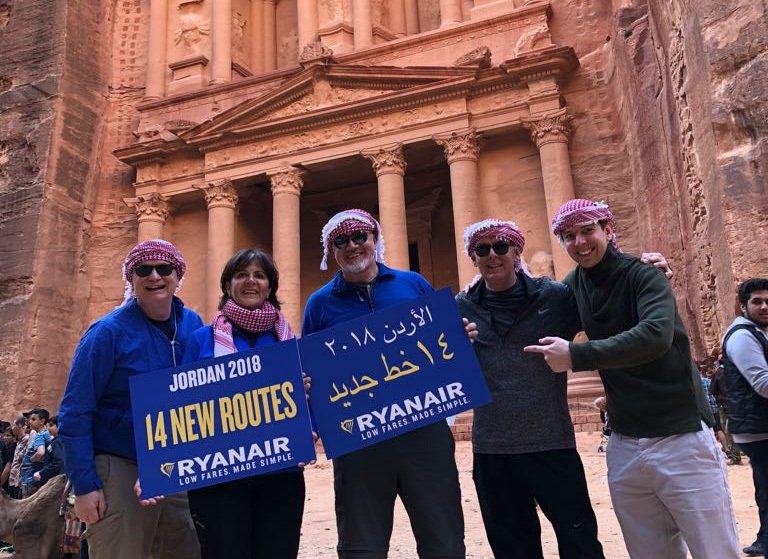 Ryanair launched its first flights to Jordan with 14 routes in total to Amman and Aqaba airports, which will deliver almost 500,000 customers, as Ryanair expands its operation in the Middle East.

Starting with a route to Paphos (Cyprus) in March, Ryanair’s Amman operation will grow to 10 routes from October, as part of its Winter 2018 schedule. Flights to Aqaba will commence in October with 4 routes, and will operate for the winter season.