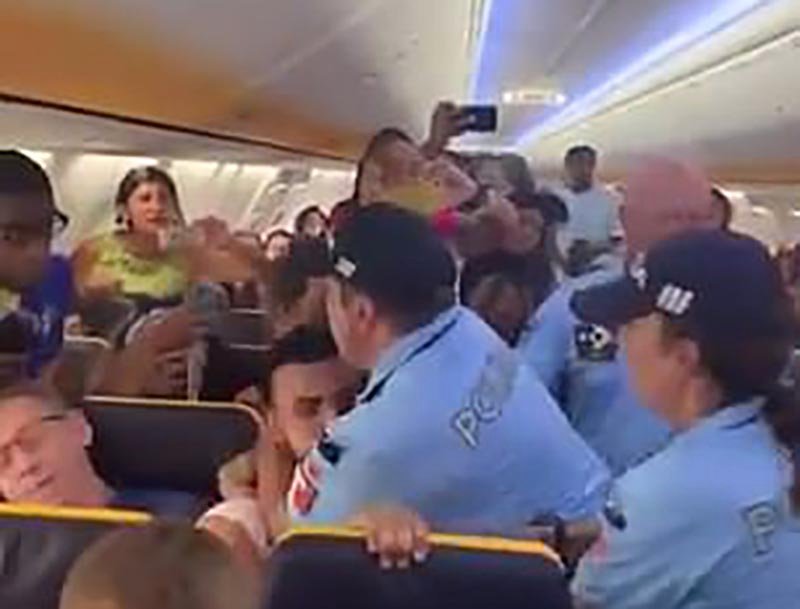 A Ryanair passenger claimed he was injured by Portuguese police when he was hauled off a flight in Faro after a row with the cabin crew.

Rafik Boutiche said he was accused of punching an air hostess, which he denies, and dragged off the London-bound plane before take-off in front of fellow passengers.

The 20-year-old from London said the flight attendant had refused to let him move to a free seat and claimed he was left with an injured hand, neck and ankle.