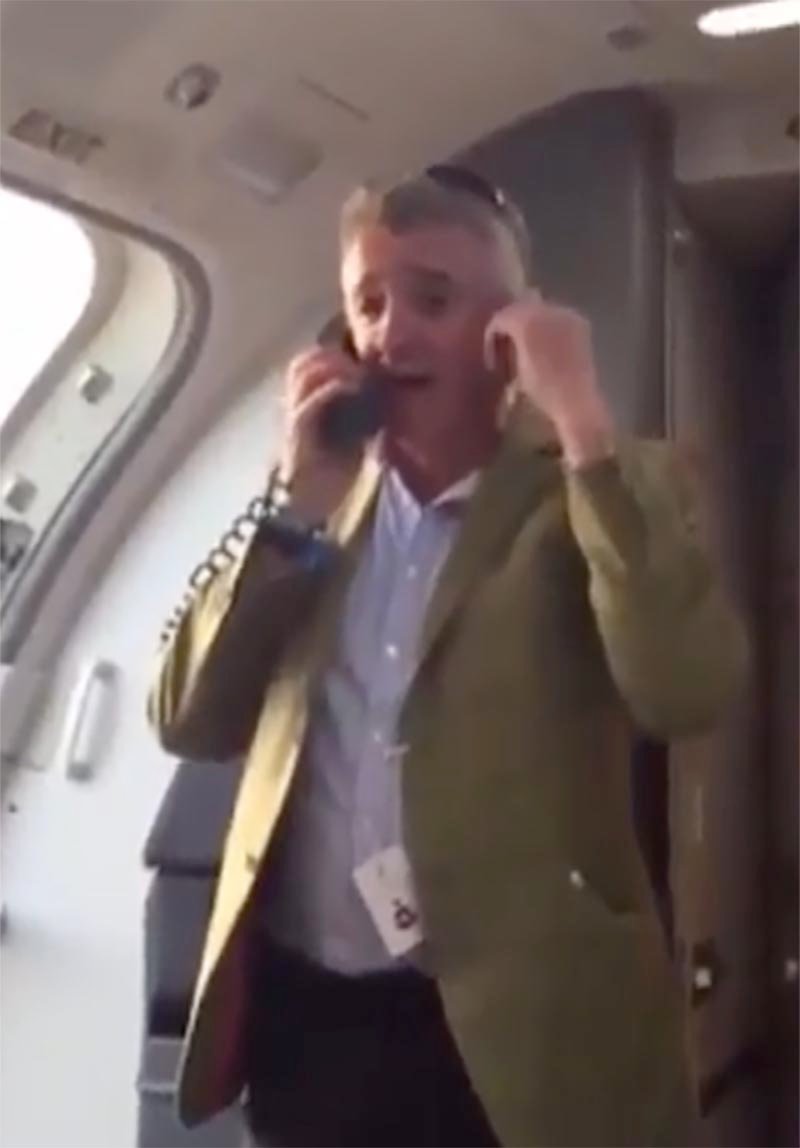 Passengers aboard a Ryanair flight from Liverpool to Dublin on Saturday evening shared some Grand National luck: free drinks during the 43-minute flight.

The airline’s chief executive, Michael O’Leary, was flying home to Ireland after his horse, Tiger Roll, won the steeplechase in a photo finish.

Flight FR447 was delayed by half an hour while waiting for the winning jockey, Davy Russell, to board the Boeing 737.

After the passengers cheered, the airline boss broke a long-standing Ryanair rule by giving away free alcohol.

He said: “Today we won the Grand National so, unusually on board this flight, there’s going to be a free bar, which I am personally going to pay for, but you’re all restricted to one free drink only.

“So free bar, and we may need to do a circuit over Dublin to get it all done. Thank you and apologies once again.”