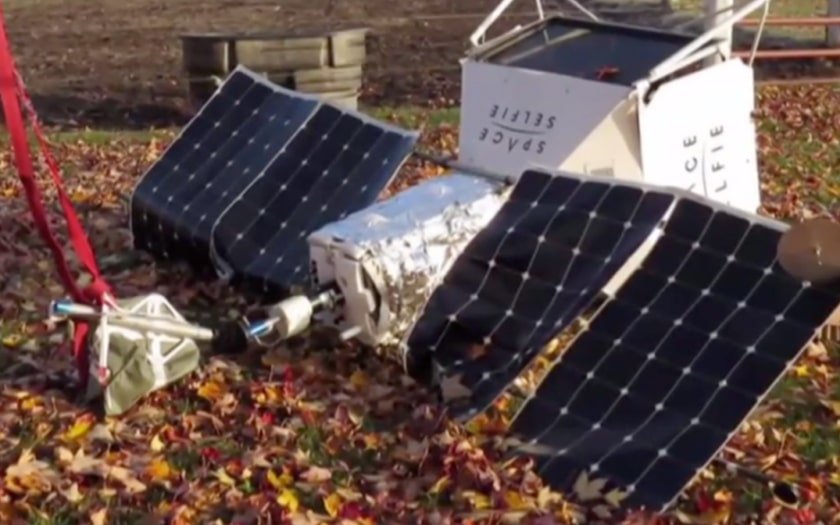 A satellite launched by Samsung into space last week crash-landed near a US couple’s rural home.

The Space Selfie device, which the company said aimed to capture images “using a unique view of planet earth as the backdrop,” was found by Nancy Mumby-Welke and her husband on Saturday morning after they heard a loud crash on their property in Gratiot County, Michigan.

Samsung confirmed in a statement that the device “came back down to earth,” but described its descent as an “early soft landing in a selected rural area” that was “planned” because of US weather conditions.

“No injuries occurred and the balloon was subsequently retrieved,” Samsung said. “We regret any inconvenience this may have caused.”

She and her husband found two logos on the machine – one that was Samsung’s and another for Raven Industries in South Dakota, where the device was reportedly launched from.

The device reportedly included a high-altitude balloon, which spanned half the length of a basketball court and was supposed to remain in space until 31 October.