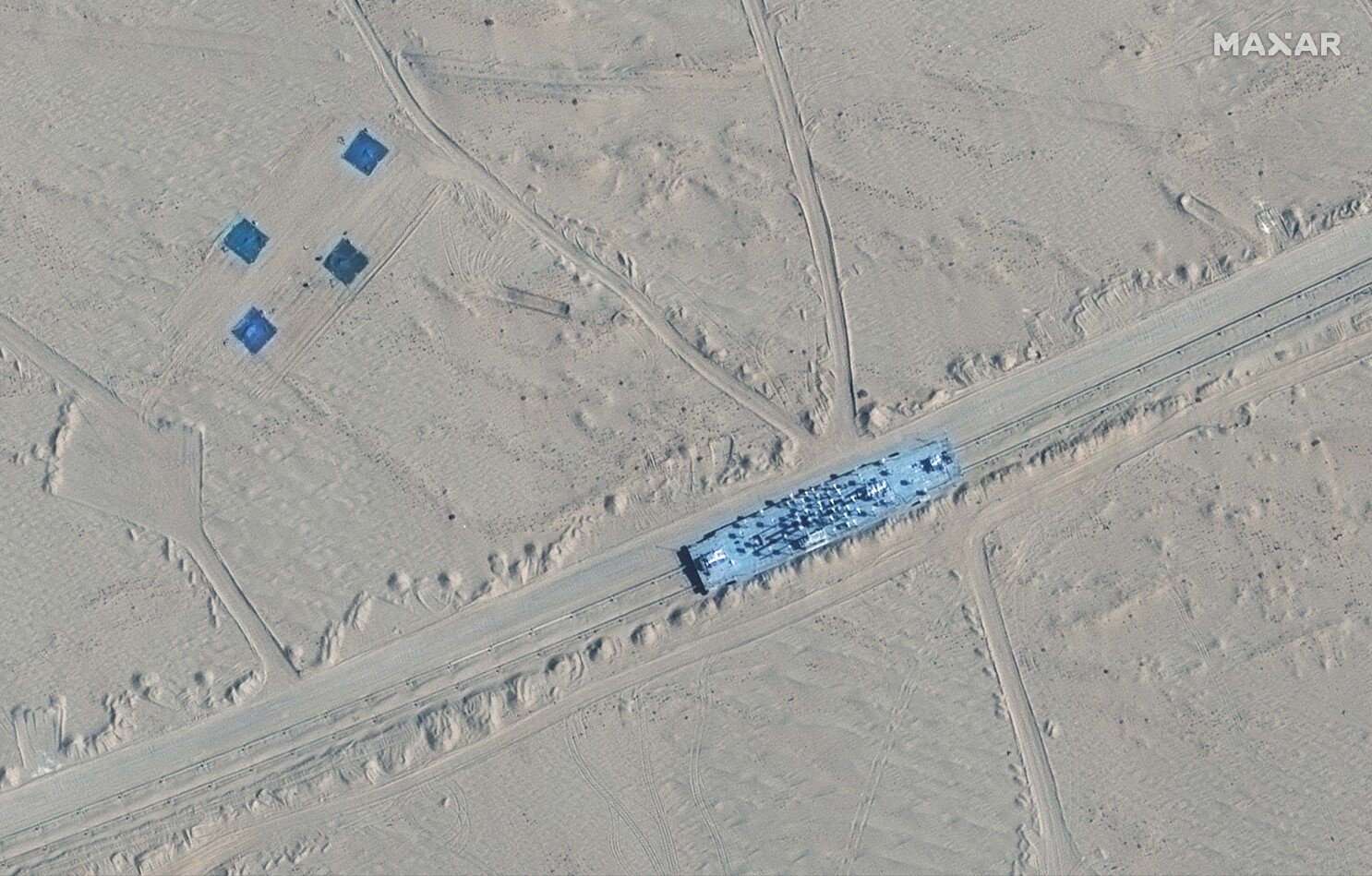 China’s military has built mockups in the shape of a U.S. Navy aircraft carrier and other U.S. warships, possibly as training targets, in the desert of Xinjiang, satellite images by Maxar showed on Sunday.

These mockups reflect China’s efforts to build up anti-carrier capabilities, specifically against the U.S. Navy, as tensions remain high with Washington over Taiwan and the South China Sea.

The satellite images showed a full-scale outline of a U.S. carrier and at least two Arleigh Burke-class guided missile destroyers had been built at what appears to be a new target range complex in the Taklamakan Desert.

China’s anti-ship missile programs are overseen by the People’s Liberation Army Rocket Force (PLARF). China’s defence ministry did not immediately respond to a request for comment. 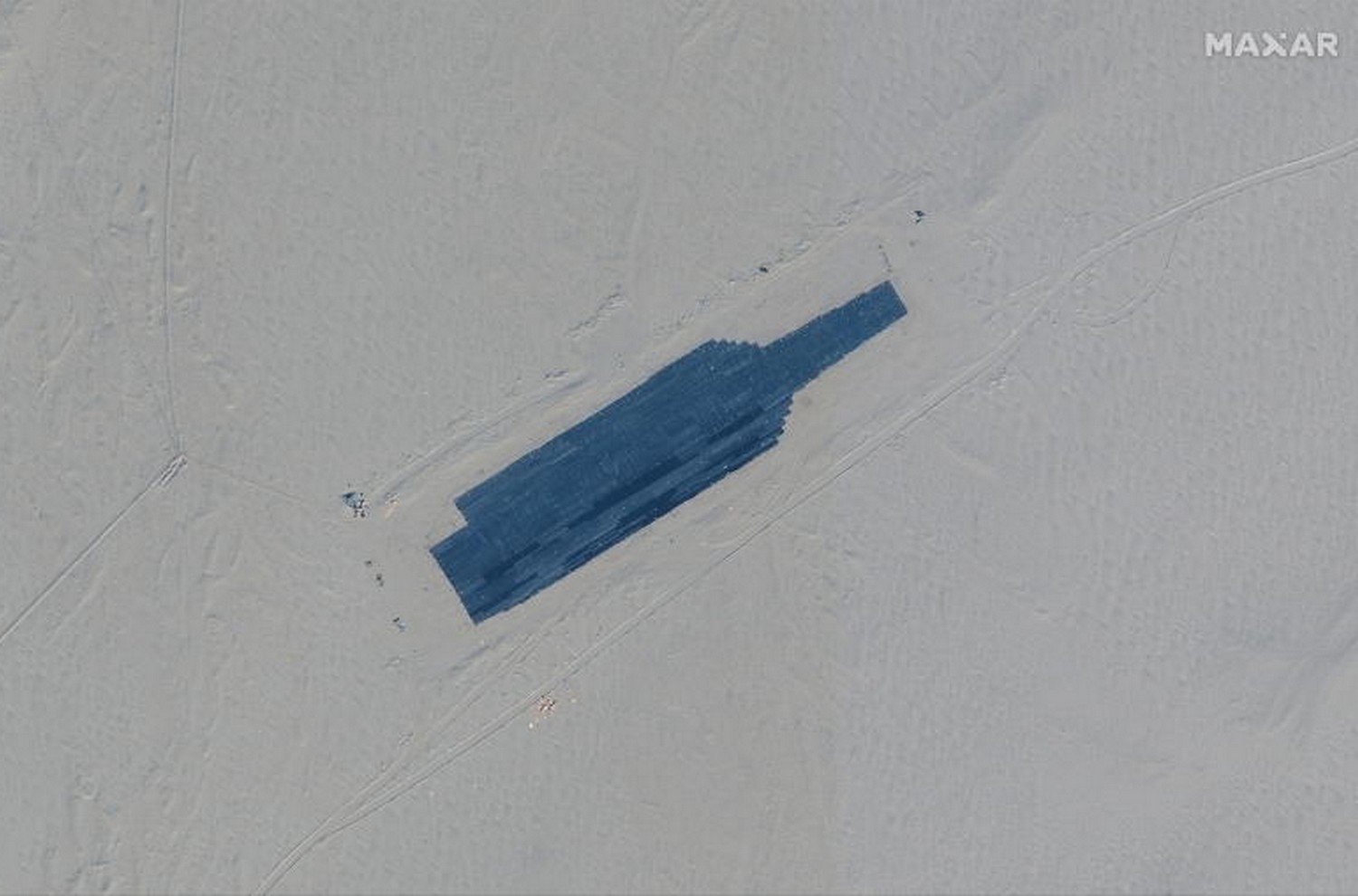 According to the Pentagon’s latest annual report on China’s military, the PLARF conducted its first confirmed live-fire launch into the South China Sea in July 2020, firing six DF-21 anti-ship ballistic missiles into the waters north of the Spratly Islands, where China has territorial disputes with Taiwan and four Southeast Asian countries.

U.S. Secretary of State Antony Blinken said in July this year that the United States will defend the Philippines if it comes under attack in the South China Sea and warned China to cease its “provocative behaviour”.